She is wearing Armani Privé for the cover that was photographed by David Slijper. Lily is going to wear the heaviest outfit in this year’s Victoria’s Secret Fashion Show which will be tapped on December 02nd in London. (source) 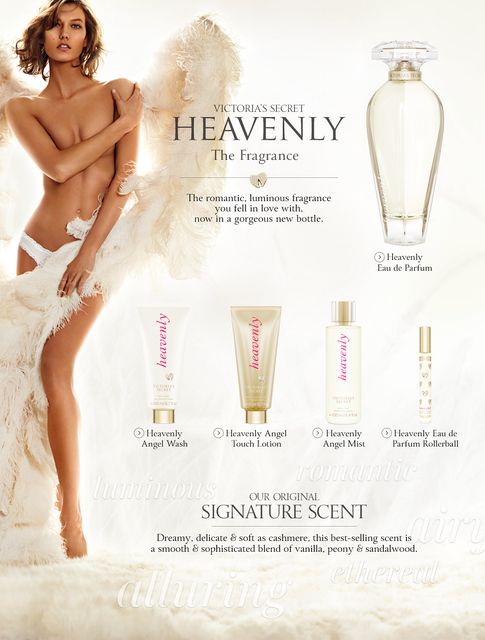 Eight out of twelve cover girls of Vogue Spain this year are related to Victoria’s Secret. They got three current Victoria’s Secret Angels, one former Angel, and four models who have walked the sexy annual fashion show.

The sultry Edita Vilkeviciute is one of the magazine’s favourite girls, and she cemented her status by landed yet another cover for the magazine. The 24 year old Lithuanian who walked Victoria’s Secret Fashion Show in 2008, 2009 and 2010 was photographed by Patrick Demarchelier (he also shot Daria Werbowy‘s July cover) for the January issue. Polish topmodel Anja Rubik, who shared the runway with Edita in VSFS 2009 and 2010 (also 2011), graced the magazine’s June issue by Giampaolo Sgura.

British model turned actress Rosie Huntington-Whiteley who ended her contract for the famous lingerie brand in 2011 due to honoring a work commitment elsewhere, was featured on the important March issue of Vogue Spain. The British girl who starred in Transformers: Dark of The Moon and the current girlfriend of actor Jason Statham was snapped by Michelangelo di Battista. Her future work will be starring in the highly anticipated Mad Max: Fury Road with Tom Hardy, Charlize Theron and fellow model Riley Keough and Abbey Lee Kershaw.

The rest of the cover models this year are French catwalker Aymeline Valade for May (by Miguel Reveriego), and Russian vixen Irina Shayk for November (by Giampaolo Sgura).

You can see the runway images from this year’s Victoria’s Secret Fashion Show on our Facebook Fanpage, here.

There was 65 outfits and 28 pair of wings with 37 models from supposedly 38 model slots. Lais Ribeiro cancelled her appearance due to she twisted her ankle on rehearsal. Behati Prinsloo finally worn one of her outfits, while Shanina Shaik wears the other one. Some of the high-fashion-strutter first timers this year’s are Maud Welzen, Magdalena Frackowiak, Hilary Rhoda, Cara Delevingne, Jourdan Dunn, Jasmine Tookes, Shu Pei Qin, Barbara Palvin, Barbara Fialho, Frida Gustavsson and Sharam Diniz.

Ieva Laguna, Bregje Heinen, Liu Wen, Sui He, Constance Jablonski, Joan Smalls and Karlie Kloss are some of the non-Angels models who returned on VS runway. Karlie Kloss shocked the industry with her freshly cropped tresses at the backstage. She said her new hair “The Karlie” was cut by Garren at a shoot with Patrick Demarchelier recently.

We just can’t wait to see the who show on CBS this December 04th! Or most likely via Youtube because we don’t have the channel here 😀

Browse through our Facebook fanpage for 100+ images from the runway and backstage for your viewing pleasure.

Last year, the gorgeous Victoria’s Secret Angel didn’t walk the Victoria’s Secret Fashion Show due to maternity leave. This year, she’ll return on the runway (the show will be tapped in November 09th and will aired exclusively on CBS on November 29th) and also landed the honour to wear the much coveted $2.5 million Fantasy Treasure Bra!

The push up bra was inspired by the ocean and fantastical mermaids with nearly 3,400 gems including diamonds (142 carats!), pearls, citrines and aquamarines were placed onto it.

The proud wife of Orlando Bloom who established her transition from commercial model to high fashion darling by gracing the September cover of Vogue Italia last year, is also featured for the recent covers of Harper’s Bazaar Australia, Elle US, Elle Korea, InStyle Australia, Cosmopolitan Australia and the Fall Winter 2011 campaign images of Rag & Bone snapped by her husband and fellow VS Angel, Lily Aldridge.

Images via Who’s Dated Who and Models.com 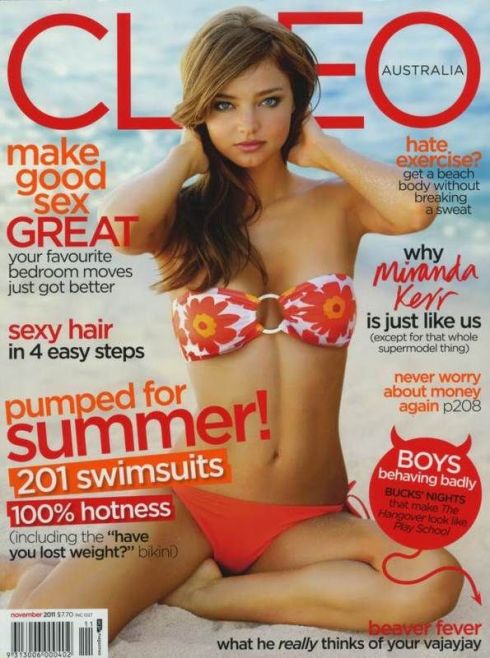 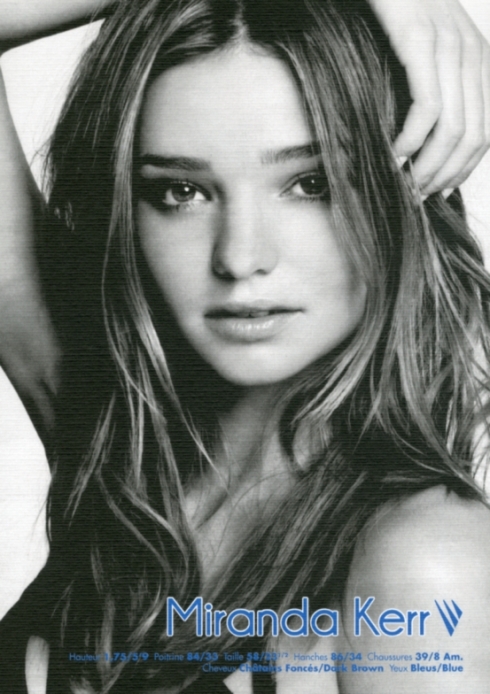