The New Zealand-born, South Korean-based singer and member of Blackpink, Rosé is photographed by Mario Sorrenti in New York City, for the latest campaign images of the Tiffany & Co. Hardware collection. (source)

In the December 2021 issue of British Vogue (in which they shared a cover star with Vogue Italia for the first time), Lady Gaga poses for Steven Meisel wearing Schiaparelli haute couture dress, Tiffany & Co earrings and necklace by Boucheron. (source) 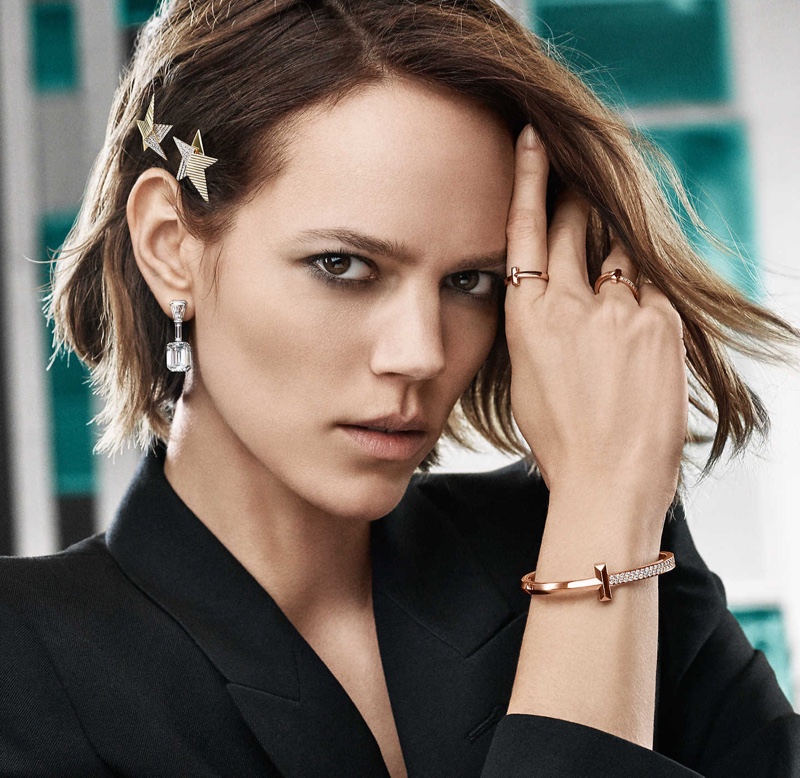 On adjusting to the paparazzi and defining who she is in the public eye:
“I used to get really upset. They [paparazzi] would jump on the subway and sit right in front of me. I was like, six. I was confused. That’s when I knew, ‘If this is going to be what it’s like, I need to focus on who I really am, and this is going to be something that’s just going to happen, and I can’t do anything about it.”

On having to prove herself being a part of the Douglas Dynasty:
“When I was younger I didn’t like the idea of having his name attached, this kind of ‘Douglas Dynasty’ stuff. I think what bothers me the most is that people think I don’t work hard for it, that I don’t need to work hard for it. That anything I do gets handed to me. When, honestly, I feel like it’s the opposite. I feel I need to constantly prove myself to people – that I am not just my parents’ daughter.”

On how she and mother bond over fashion:
“Fashion has been so important in my life, because my mom is like a fashion icon to me. I’m always looking through her closet.”

What Catherine Zeta-Jones is most proud of in her children:
“What I instilled in my kids, and I’m very, very proud of it, is manners. There’s nothing worse than a privileged kid without manners. I drilled it into them like boot camp. The teenage years…She [Carys] knows she cannot roll her eyes at me, or huff and puff around me. I never did it to my mother; and she’s not doing it to me.” (source)

On equal pay and what she will no longer accept: “If I’m in a situation where I have equal experience to the actor and my role is just as significant, there is no reason why I should be paid less. It’s not really part of my world anymore, because I just won’t accept it.”

On her mission to inspire young girls: “I believe that the energy you put into the world is what you get back, so I’m trying to put something positive out there, something to inspire girls and go into science, to run for office, to try to join the space program.”

On how she approaches political resistance: “I am happy to stand alongside and march for any minority to have equal rights. But I’m not into anything that incites violence, that magnifies hate, because it becomes contagious. …I try to approach my political resistance and my life with hope and love.”

On becoming the face of the new Ralph Lauren fragrance, Woman: “I’m interested in celebrating women in all of their complexities—truly authentic, self-realized women. Ralph and I both believe in the importance of empowering women, and this campaign embraces the blurred lines of gender and crushing stereotypes.” (source)