The cover is shot by Craig McDean. (source)

Tao Okamoto wears Prada on the December 2017/January 2018 cover of Harper’s Bazaar Kazakhstan photographed by Kinya Ota with styling direction by Anna Katsanis. Her hair and makeup were done by Nicolas Eldin and Ingeborg. (source)

December is not even started but here we are, presenting our first 2014 covers recap already!

As usual, Numéro Tokyo is the first magazine to wrapped up their front pages line up for this year. They started the year with a soft palette cover and styling of this year’s IT model, Cara Delevingne. Valerija Kelava, with a blunt bangs, fronted the magazine’s March issue shot by Sofia Sanchez and Mauro Mongiello who shot the most covers this year. Another cover model with blunt bangs hairstyle was Vlada Roslyakova on the April issue by Ellen Von Unwerth.

Continuing their tradition of having studio shoots, Numéro Tokyo photographed most of their covers with plain backdrop in various colors. From Kiko Mizuhara beauty shot, flower girl Meghan Collison, to classic faced Julia Frauche, cool veteran catwalker Maggie Rizer to model turned actress Tao Okamoto. The only time they have outdoor shots were the one with Elizabeth Olsen (by Michael Schwartz) and Lindsey Wixson (by Guy Aroch)—our favourite image of the year from them.

We don’t like the eye make up and the nude lips. She looks like a zombie. Anyway, the cover was shot by Benny Horne. (source) 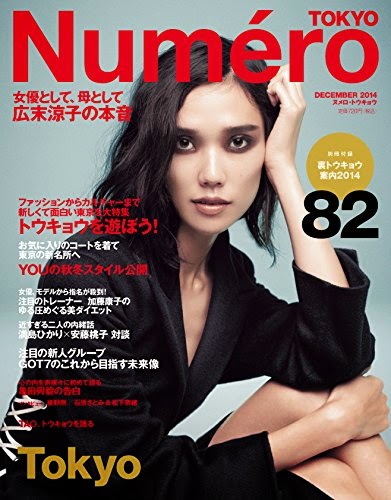 This is one stellar casting! 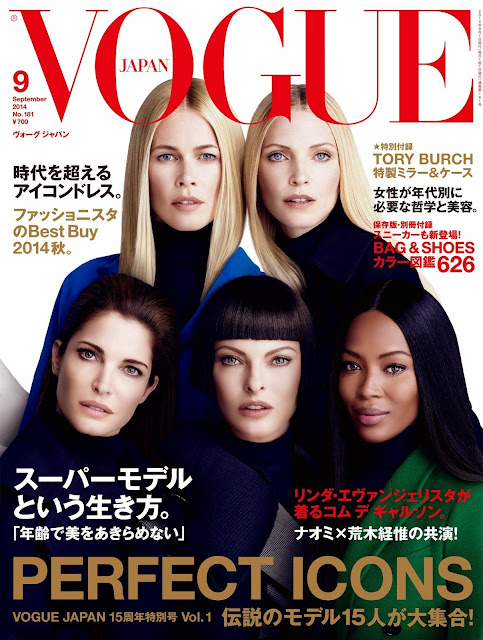