The cover stars are Bella Hadid and Jorja Smith. (source)

All covers were shot by Stevie Dance. (source)

The covers are shot and styled by Stevie Dance. (source) 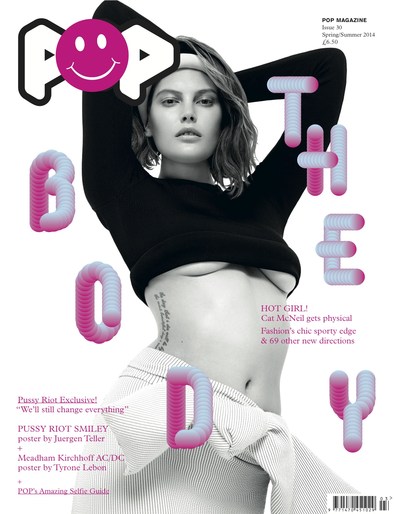 Ever since the new editor in chief of Vogue Australia fully take over the magazine for September issue, you can’t help but noticed that they made a history, because Edwina McCann (former EIC of Harper’s Bazaar Australia for the past three years) made a very first subscriber cover version for Vogue.

Fortunately for Edwina McCann (who took over the position from Kirstie Clements who have helmed Vogue Australia for 10 years), her risqué decision was worth it, especially the gorgeous September issue featuring the striking Bella Heathcote, who was shot by Will Davidson and styled by Stevie Dance. The following issues, October and November with Lana Del Rey and top model Catherine McNeill (her third consecutive year appearing on the cover!), also delivered striking images as the covers that was snapped by Nicole Bentley and Benny Horne respectively. The current December cover is a different story. As much as we love the race-winning horse Black Caviar, but there’s something off with the model, Julia Nobis. We wish she could engage a little bit of emotion with her co-star and Benny Horne‘s lens.

The other cover that we love is the February issue featuring Marloes Horst, by Nicole Bentley. It’s summer ready and beautiful. Bentley landed two other cover slots this year for the magazine, July issue with singer Delta Goodrem, and August issue with model Abbey Lee Kershaw. Kai Z Feng being the second photographer who landed the most cover jobs for Vogue Australia after Bentley. He snapped three consecutive covers in a row: March with Karlie Kloss, April with Julia Frauche, and May with the stunning Joan Smalls.

The rest of the front pages line up were photographed by Cedric Buchet for January with Karmen Pedaru (reprint from Vogue Paris June/July 2011), and Daniel Jackson for June with Daria Werbowy.

Which one is your favourite cover(s) this year from Vogue Australia, guys? Feel free to jump in the discussion in comment box below. You can also read our 2011 recap, here, and 2010 recap, here.

The amazingly cool cover was photographed by Will Davidson with the styling works by Stevie Dance. The hair and make up was done by Tamara McNaughton and Karan Franjola respectively.

UPDATED JULY 24th 2012: The cover was photographed by Will Davidson and styled by Stevie Dance.

Rumour has it that there will be a subscriber cover in which the actress wearing Chanel dress. It’s interesting since we never remember Vogue Australia ever had a subscriber cover. Looking forward to see the result tho.

The Canadian model was photographed by Cass Bird for the latest cover of Oyster Magazine wearing a white Thierry Mugler dress that was styled by Stevie Dance.