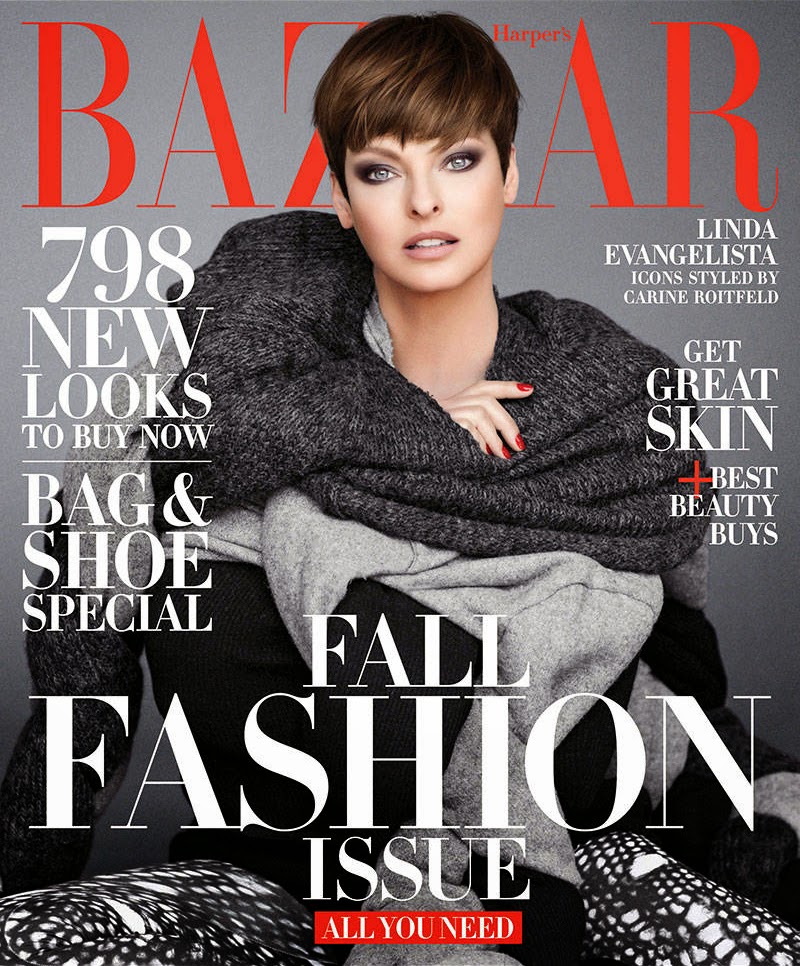 The images were snapped by Sebastian Faena with art direction from Stephen Gan. Oh, by the way this is Gaga‘ second cover for the magazine this year. (source)

The campaign is featuring model Sui He and photographed by Max Von Gumppenberg & Patrick Bienert. It was creative directed by Stephen Gan, while Didier Malige and Aaron de Mey responsible for the hair and make up respectively.

Harper’s Bazaar US got a makeover last March with bigger size and new layout designed by Robert Derrick (formerly at British Vogue) and Stephen Gan. but we think the makeover didn’t matter much on their newsstands cover. It’s still boring, repetitive, and unattractive. Perhaps, Carine Roitfeld appointment as Harper’s Bazaar‘s Global Fashion Director last October could bring something fresh to this Glenda Bailey‘s monthly edited fashion publication. But we are doubting that, until we see her first collaboration with the magazine next March.

The subscriber covers were quite decent this year and to be honest, they are even better than the newsstand version. Our favourite pick for subs are Rihanna‘s August, Gwen‘s September and Kate Hudson‘s October issue. The rest of the cover star slot were given to Demi Moore/February (Ugh, worst cover of the year!), Penelope Cruz/May, Kate Moss/June-July, and Taylor Swift/December-January 2013.

Check out our recap from last year, here and 2010, here. Share to us your favourite cover image from Harper’s Bazaar US this year in the comment box below.

Printemps is partnering with Dior for Christmas 2012! The campaign photographed by Mario Testino (with the store’s restored cupola and Eiffel tower as the backdrop), is featuring supermodel Carolyn Murphy and Sui He, both in bright Dior‘s couture dresses. The image was styled by Carine Roitfeld and art directed by Stephen Gan.

Gwyneth Paltrow landed the honour to be featured for the newly revamped (the size is bigger for sure) issue of Harper’s Bazaar US! The 39 year old actress was photographed by the magazine’s regular photographer, Terry Richardson. 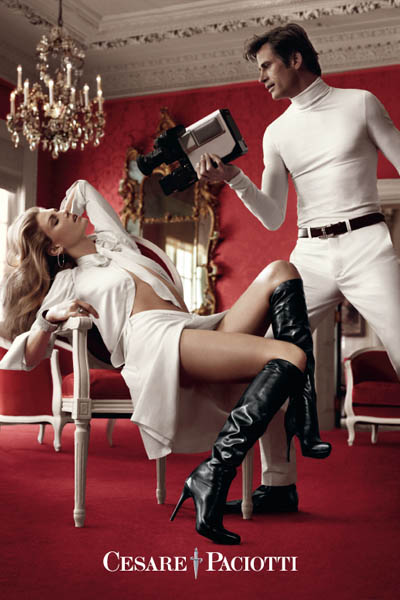 Angela Lindvall and current Hugo Boss Black face, Mark Vanderloo are embracing their kinky side photographed by Sebastian Faena for the Fall Winter 2011 campaign images of Cesare Paciotti with Stephen Gan as the art director.