The cover is shot by Max Abadian at Atelier Management. (source)

The Hilton Sisters were photographed by Daniel Gabbay for the cover. 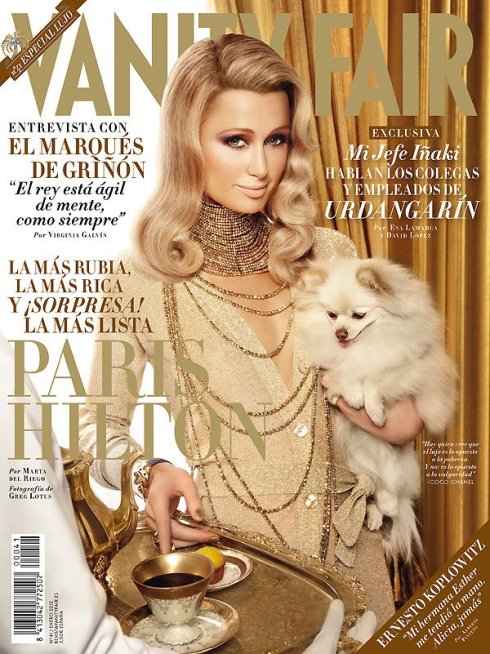 It has been a great colorful year for Vogue Turkey. They presented various color combinations on their 2011 covers line up. Yellow masthead, red dress, brown backdrop, you name it!

One of the current “it” models, Aymeline Valade was photographed by David Dunan for the first 2011 cover wearing a gold Balmain mini dress. Paris Hilton landed the February cover slot as she was photographed wearing the infamous Terry Richardson-like glasses snapped by the photographer himself. The black masthead looked perfect for the cover. Supermodel Gisele Bundchen graced the magazine first anniversary issue snapped against orange backdrop by Mert Alas & Marcus Piggott.

The gorgeous Liv Tyler was photographed by Chad Pitman on her first cover for the magazine, the May issue. A fresh blue masthead was used for the June cover along with top model Anna Jagodzinska who was lensed by Mariano Vivanco while red masthead completed the perfect summer cover photographed by Sebastian Faena for the July issue featuring Jon Kortajarena and Dree Hemingway. The Argentinian born photographer also shot Isabeli Fontana on the minimalist November issue.

Emma Summerton was responsible for the eye catching October cover image with Edita Vilkeviciute and the unmistakable Louis Vuitton Fall Winter 2011 collection and another great cover this year is the December issue with Jacquelyn Jablonski, in red Francesco Scognamilio dress snapped by Matt Irwin.