One Direction for Seventeen US December 2013

Leave a comment   |  tags: One Direction, Seventeen US | posted in Cover, Magazine, Singer

Teen Vogue hired five different photographers to snapped their covers line up this year. Jason Kibbler and Peggy Sirota are the only ones who shot 1 cover each. The Australian photographer snapped the first cover of 2013 featuring young actress AnnaSophia Robb, while American born Peggy Sirota photographed two-time cover star One Direction for the September issue. Unfortunately, both images are our least favourite from Teen Vogue.

Irelander Boo George, with his signature sephia colored photography, shot 3 covers this year. He photographed 16 year old Chloë Grace Moretz for March, Justin Bieber (19) for May, and Emma Watson (23) for August. He’s our new favourite photographer because we like all of his works!

Sebastian Kim, who was born in Vietnam, and raised in Iran, Paris and Southern California, also shot 3 slots for Teen Vogue. Pretty Little Liars‘ Shay Mitchell, rapper Nicki Minaj, and Academy Award-nominated actress Hailee Steinfeld were all posed in front of his lens.

Italian photographer Giampaolo Sgura who usually works for Dolce & Gabbana, is now broaden up his portfolio by landing the cover stint for the magazine with two issues in a row. He photographed Disney starlets Demi Lovato and Selena Gomez respectively for the magazine’s November and December/January edition.

Share your favourite cover from Teen Vogue this year, and while you are doing so, read also our 2012, and 2011 review.

After a so so line up last year, finally Glamour US got their mojo back! This year’s covers are more interesting than 2012.

Academy Award winner Anne Hathaway was the first actress to graced their front page, photographed by Alexei Hay (the New York-based photographer also snapped the September issue with Jennifer Aniston). One of our favourite covers was fronted by actress Zooey Deschanel. The New Girl leading lady was photographed by Ellen Von Unwerth, who also photographed most covers this year. Frankfurt born von Unwerth shot the total four out of twelve slots for the Cynthia Leive edited magazine. She shot Dakota Fanning for March, Pink for June, and Lily Collins for July.

After Anna Wintour was appointed as the artistic director of Condé Nast earlier this year, you can see that there’s a subtle change on Glamour covers. Even though the amount of text are still ridiculous, but towards the end of the year, they were more streamlined and doesn’t affected the main image of the cover star. One interesting fact, Lady Gaga posed in front of plain white background for Patrick Demarchelier on December issue, which reminds us of the magazine’s signature before they going through major make over last year. But this could be one time thing only. We gotta see what future issues brings.

In another news, Glamour recently named Paul Ritter, previously at their rival Elle, as their new Creative Director. We can expect new contribution from him in next year’s issue because Paul will start at the magazine on November 11th.

Share to us your favourite Glamour US cover this year in the comment box below. You can also read our 2012, 2011 and 2010 recap by clicking the respective links.

Before we start the recap, we’d like to express out concern to GQ UK: They should never make another cover with a tacky fire thingy like their July issue with Andy Murray. Ever. We loathe it so much.

In 2013, GQ UK has five covers fronted by beautiful females: Academy Award-nominated actress Jessica Chastain who showed her inner vixen in front of Ellen von Unwerth‘s lens, the cool singer Rita Ora, the ever sexy Rihanna (her snake hair was art directed by the acclaimed artist Damian Hirst), and the lovely actress Emma Watson who landed two cover slots (May and October).

The cover line up is quite ok, with majority of first timers on the front pages. They also celebrating their 25th anniversary this year. Our fave are Jessica Chastain, Idris Elba, Arctic Monkeys, and Rihanna. We are looking forward for next year’s and happy anniversary GQ UK!

Tell us your fave in the comment box below.

You know who they are. One Direction. Aren’t they are too young to be featured on the cover of GQ? (source) 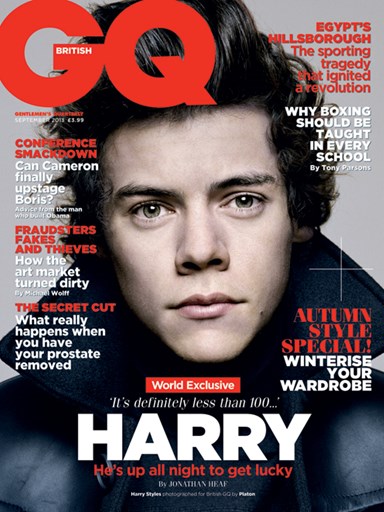 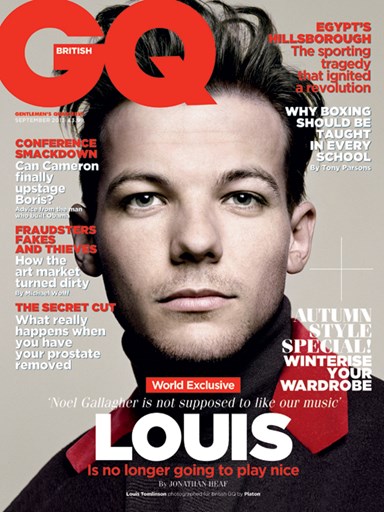 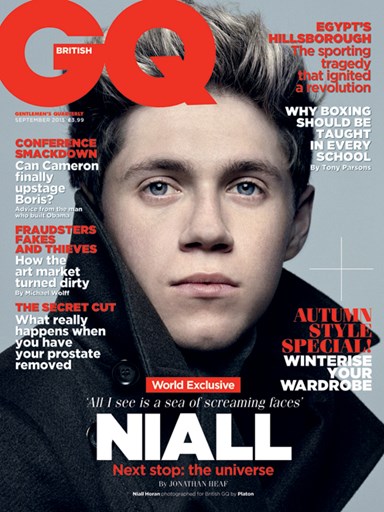 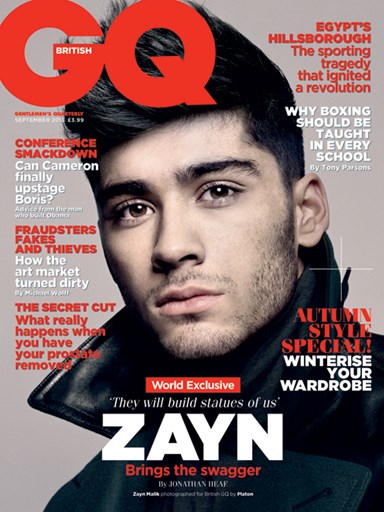 One Direction for Teen Vogue US September 2013

Peggy Sirota photographed the Brit sensation for the September cover of Teen Vogue US. This is their second cover slot for the magazine since December last year. They are also on the current cover of Glamour US with fellow Brit Rosie Huntington-Whiteley. (source) 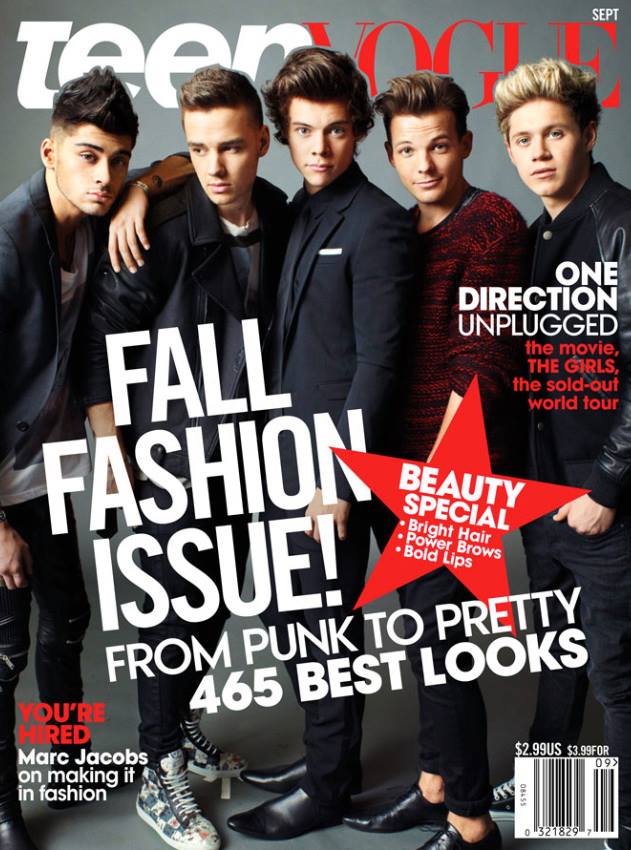 One Direction & Rosie Huntington-Whiteley for Glamour US August 2013 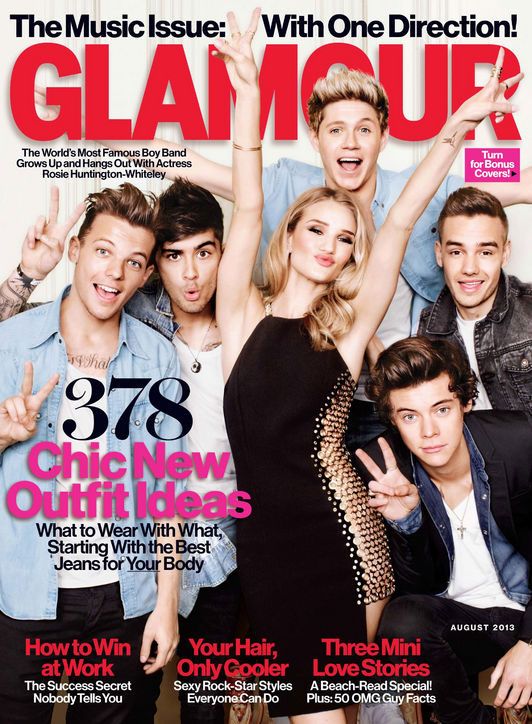 The issue will hit the newsstands on July 09th. 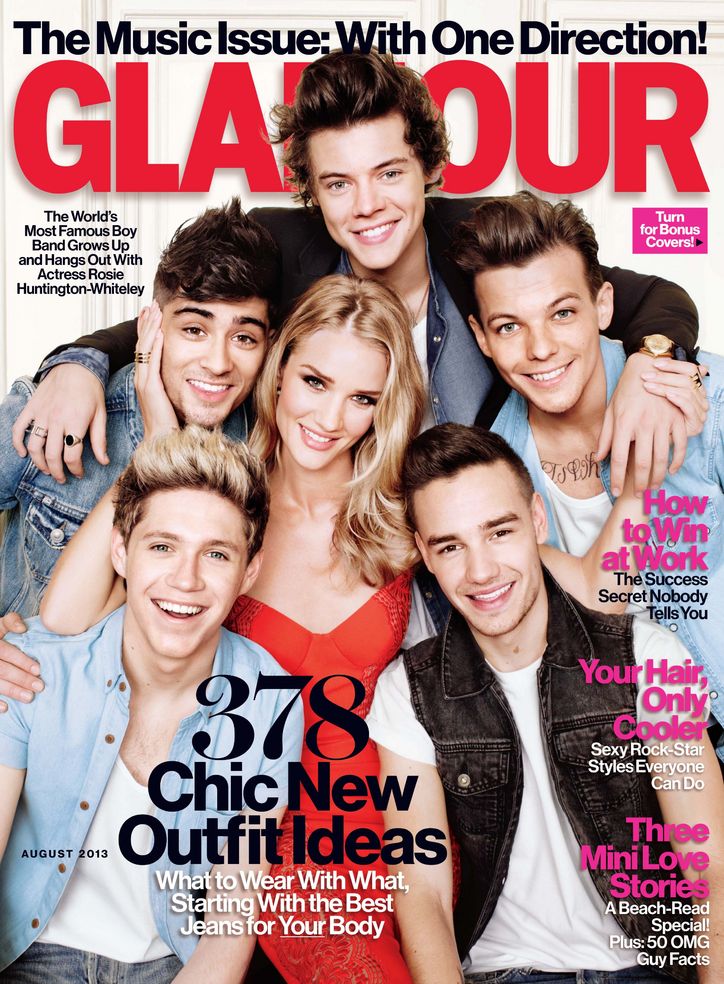