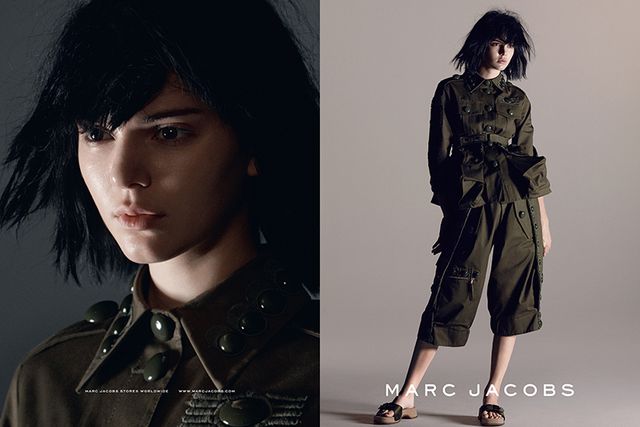 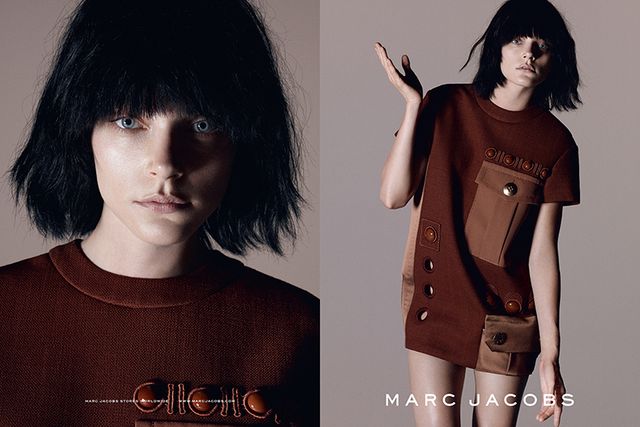 They were all styled in his military uniform-inspired spring look and a messy bob wig from the runway show by Katie Grand, with hair by Guido Palau and makeup by Diane Kendal. The campaign includes nine double page layouts featuring a full-length shot and a portrait of each model. The campaign will begin to run in the January issues of leading fashion magazines. (source)