The cover is shot by Mark Abrahams. (source)

The cover is shot by Mark Abrahams with styling by Renata Correa. (source)

The cover was shot by Mark Abrahams. (source)

The Michael Keaton cover was photographed by Mark Abrahams and styled by Michael Philouze. No details on who shot the Willem Dafoe cover yet. (source)

Welcome to the world of fashion publication, Bazaar Germany! Daria Werbowy is gracing the first ever cover from Bazaar Germany, photographed by Mark Abrahams. (source)

There are four covers of the latest issue from Vs. Magazine featuring models and actresses. The cover stars are Eva Herzigova (by Yu Tsai), Irina Shayk and Anne Vyalitsyna (by Ellen von Unwerth), January Jones (by Mark Abrahams), and Kate Bosworth (by Guy Aroch). Which one is your favourite?

The cover was photographed by Mark Abrahams. 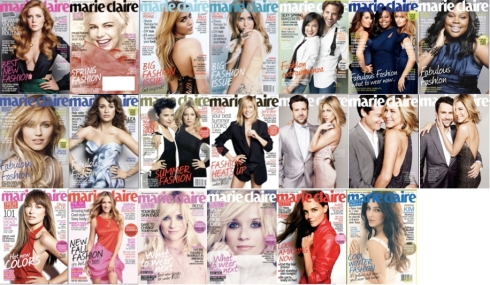 Marie Claire US editor in chief, Joanna Coles, chose the new Lois Lane in the upcoming Zack Snyder‘s Man of Steel, Amy Adams as the magazine’s first cover star this year. The 37 year old and the mother of Aviana Olea Le Gallo was lensed by Mark Abrahams in Gucci.

Amy Adams was not the only mother on the 2011 covers of Marie Claire US. 31 year old Michelle Williams, the mother of Heath Ledger‘s daughter, Matilda Rose, was smiling in dusty pink Valentino dress photographed by Tesh for February issue. Kate Hudson (31), the mother of Ryder Russell Robinson (from Chris Robinson of The Black Crowes) and Bingham Hawn Bellamy (from Matthew Bellamy of Muse), was lensed by Tesh along with her co star in Something Borrowed, Ginnifer Goodwin, for the June cover.

The rest of the cover stars are Miley Cyrus–who looked gorgeous on one of the covers wearing Roberto Cavalli–for March by Tesh; Abbie Cornish and her Limitless co-star who recently named as the 2011 Sexiest Man Alive, Bradley Cooper for April by Peggy Sirota; the beautiful Glee starlets Dianna Agron, Amber Riley and Lea Michele for May by Mark Abrahams; Jennifer Aniston and her co-stars from Horrible Bosses, Jason Bateman, Charlie Day and Jason Suidekis for July by Tesh; Olivia Wilde and her fab bangs for August by Tesh; and the newly divorced Kim Kardashian, who looked lovely, for December by Marie Claire US regular photographer, Tesh.

Which covers are your favourite this year guys? 🙂 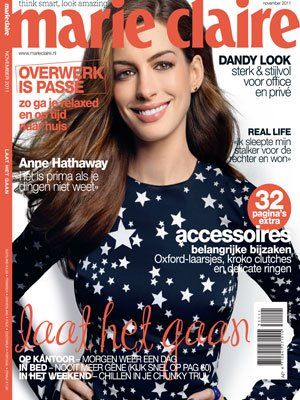 The cover is a reprint from the September 2011 issue of Marie Claire UK lensed by Mark Abrahams. 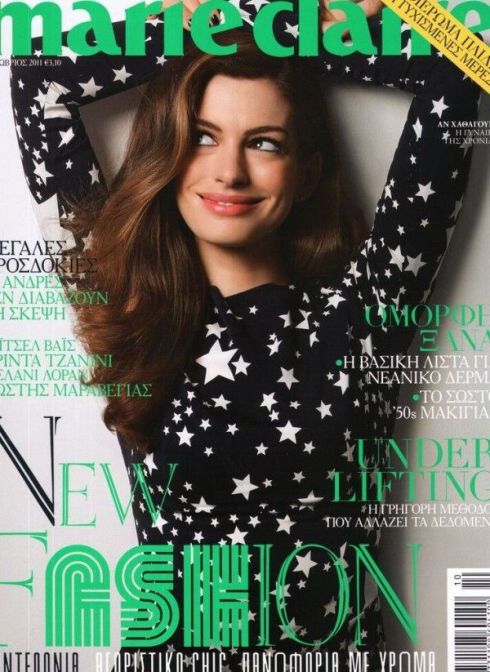