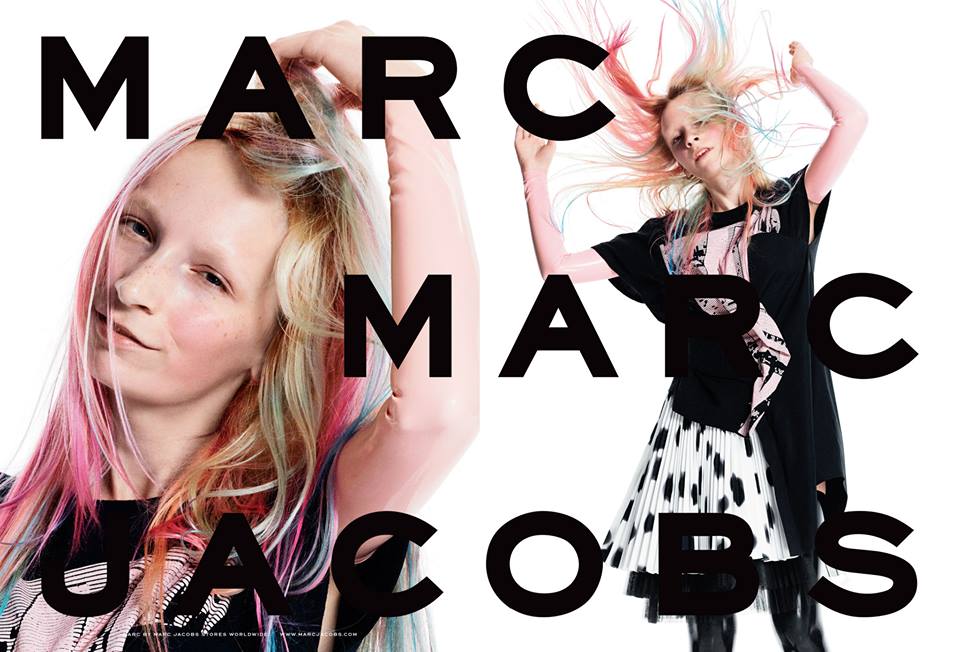 Marc by Marc Jacobs’ first campaign with new creative director and design director Katie Hillier and Luella Bartley is making a strong statement with a cast of real people and a social media twist.

Marc Jacobs and stylist Katie Grand opted to use Instagram for models, and so, for a week in April, they asked those interested to submit photos of themselves by including the hashtag #CastMeMarc.

“It seemed like a great idea to me, as casting through Instagram seemed cool, current and strong,” Jacobs said. “We wanted the ads to shout with youth and energy…to be fresh and reclaim the spirit that the collection had when we first conceived of it — to be another collection, not a second line.”

There were 70,000 entries, and working with casting director Anita Bitton, the company whittled them down to 50, who were then directly messaged. Some 30 finalists from around the world, including South Korea, Russia and Australia, were flown to New York; nine made the final cut and were photographed by David Sims in early May. (source)

Juliana Schurig and Philip Kesselev are the new campaign faces of Marc by Marc Jacobs for this season. The campaign photographer is still Juergen Teller.

We are looking forward for next season already, because British designers Katie Hillier and Luella Bartley have been appointed as creative director and design director for the brand respectively. The first time ever that Marc by Marc Jacobs brand is helmed by someone other than Marc himself.

London-based accessories designer Katie Hillier will oversee everything to do with the label’s women’s collections, while Luella Bartley has been named design director of women’s ready-to-wear. Marc Jacobs remains the “boss” of both the main and secondary line.

The appointment of the Hillier and Bartley comes a year after Liz Fraser joined the brand, telling Marc Jacobs CEO Robert Duffy that she needed to “change everything” to reinvigorate the label.

Juergen Teller once again photographed the latest campaign images of Marc by Marc Jacobs featuring yet to be identified models.