Zendaya for InStyle US September 2020

The covers are shot by AB+DM, with styling by Law Roach. (source)

Alexander Wang Do Something 2015 Ad Campaign

To celebrate Alexander Wang‘s 10th anniversary, he created a charity T-Shirt in partnership with one of the largest organisations supporting youth and social change, DoSomething.org. 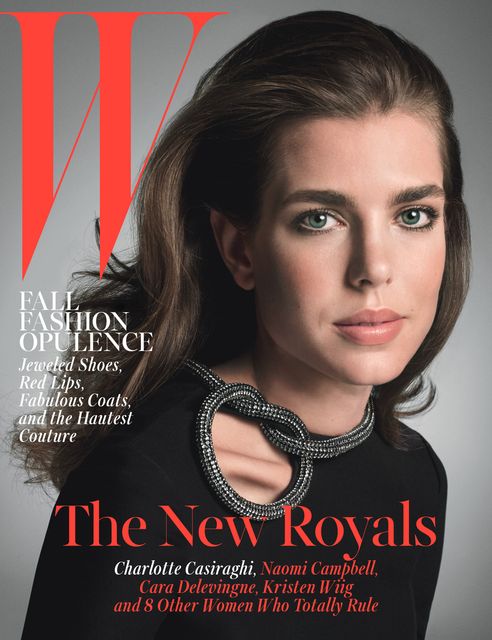 Kristen Wiig for Elle US August 2014

We love her, but absolutely uninspired by the awful styling. Anyway, the image is snapped by Carter Smith. (source)

Vanity Fair started this year with one of our favourite covers from them. Some of the world’s funniest comedians and comediennes (we are talking about Jim Carrey, Melissa McCarthy, Chris Rock, Will Ferrell, Kristen Wiig, and Maya Rudolph amongs others!) were posed in front of Mark Seliger lens with hilariously ridiculous outfits. Not to mention that Judd Apatow guest edited the issue. So, it was a perfect Comedy Issue!

Another favourite from Vanity Fair is the August issue with first time cover star, Scandal‘s Kerry Washington who really deserves more major magazine front page slots in the future. She posed in a sexy white cut out bikini, half underwater by Norman Jean Roy. American actress Jennifer Lawrence landed the February issue before her Oscar winning moment (who can forget that historical time when she slipped on the stage!) and her cover came in perfect timing.

One thing we realized is that VF changed their bold masthead to be more vintage, classic yet slim since October issue. We are not complaining about it, as long as they keep producing good covers and attention-grabbing headlines. Sometimes the headlines were silly and too obvious (i.e The Wife Who Outfoxed Kristen Stewart in December), but it’s our guilty pleasure to see what will they write next.

Which one of this year’s line up is your favourite? You can also read our 2012, 2011 and 2010 review by clicking the respective links.

Editors shake up also hit Marie Claire US! Anne Fulenwider, formerly at Brides since October 2011, named as the new Editor in Chief of the magazine earlier this September, and replacing Joanna Coles who moved to Cosmopolitan (she helmed MC for the last six years). Fulenwider is back to Marie Claire because she had served as an executive editor under Coles for two years starting in September 2009. There are not much changed on the cover ever since Fulenwider helmed it. Next year, perhaps?

Anyway, Marie Claire US tapped top celebrities as this year’s cover stars. Starting with Academy Award winner Angelina Jolie who fronted the January issue, by Alexei Hay. They also listed singer and The Voice mentor, Christina Aguilera as the magazine’s February cover star. She was photographed by Tesh, who also shot seven (!) other front pages this year. The British photographer snapped the April, May, June, August, September, November and December issue featuring Leighton Meester, Zooey Deschanel, Jessica Alba, Kristen Wiig, Miley Cyrus (our favourite), Ashley Greene, and Jessica Chastain respectively. The rest of the celebrities who graced the magazine this year are Eva Mendes (March) and Blake Lively (July), both by Txema Yeste and Gwen Stefani (October), by Peggy Sirota.

Click here to read last year’s recap of Marie Claire US, and feel free to share to us your favourite cover from the magazine.

We must appreciates Elle US editors decision to choose other color than white as the backdrop on their usually boring newsstands covers this year. The only interesting image with white backdrop was Blake Lively‘s March issue, but that’s only because of her strong pose. We are not loving Katherine Heigl‘s January, Reese Witherspoon‘s February, Rihanna‘s May, and Katie Holmes‘ August issue, at all.

Their first attempt was dark grey background, for Jessica Simpson‘s naked April cover, and we are not impressed by it. They used bold red and combined it with Kristen Stewart for June, which kinda worked and interesting. Selena Gomez posed in a black and gold Dolce & Gabbana dress in front of summer-ish ombré blue background for July issue, while shocking pink was used for their September cover to matched Katy Perry‘s pink sequined dress from Bottega Veneta. One of the worst covers of the year nominees is Britney Spears‘ October issue. Oh, how we wished they’ve used different background color other than the dull grey, and less photoshop next time, please!

The November (there are 5 different subs covers and Kristen Wiig‘s is our fave!) and December covers with Sarah Jessica Parker and Jennifer Lawrence are the best images with colored backdrop. We love how Alexi Lubomirski snapped SJP‘s perfectly flowing hair and Carter Smith did a good job capturing Jennifer Lawrence‘s subtle sexiness. Jennifer‘s subscriber cover is also one of the best subscriber covers that Elle US has ever produced.

Got any favourite images from Elle US this year? Share to us in the comment box below. You can also read our recap from 2011, here and 2010, here.

Film producer, director and screenwriter Judd Apatow is guest editing the January 2013 issue from Vanity Fair. And photographer Mark Seliger snapped some of the world’s funniest comedians (and Megan Fox) for the covers.