The twist is that there’s another cover with Nicole Kidman and Margot Robbie which is the same image os February issue of British Vogue! What is happening here?! (source)

James Franco is photographed by Steven Meisel for the campaign. (source)

The cover is photographed by Matthew Brookes with styling by Olivia Harding. (source)

James Franco for OUT Magazine September 2017

The cover is shot by Gavin Bond. (source) 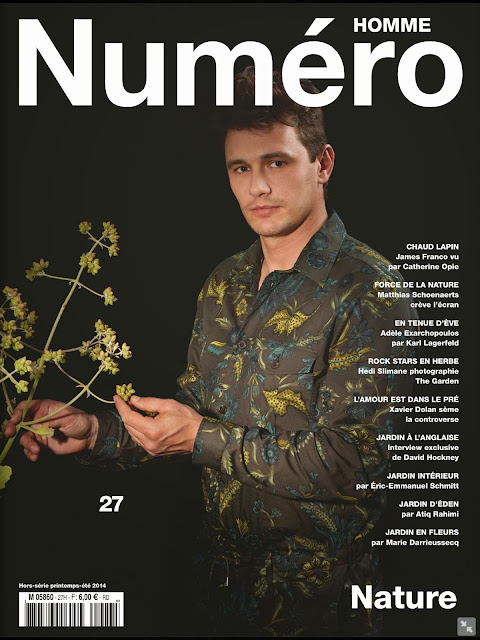 Dazed & Confused is never boring (remember that controversial condom-blowing Azealia Banks!?). We love how wickedly fantastic their covers are. This year, they started with Texas born rapper Horst Christian Simco or famously known as Riff Raff (photographed by Nick Haymes). They made a huge risk with that unconventional hairstyle. Their February issue with Thom Yorke gave us an uneasy feeling with the crazy creepy eyes. The lead vocalist, principal songwriter, guitarist and pianist of the rock band Radiohead was shot in black and white by Richard Burbridge.

One of our favourite covers this year from the magazine is March issue with Mia Wasikowska (by Theo Wenner). The 24 year old Australian is not the only actress to graced Dazed cover this year. The magazine who always using white masthead also tapped 19 year old Irish girl Saoirse Ronan (by Rankin), 24 year old American Elizabeth Olsen—who’s recently cast as Scarlet Witch in Avengers: Age of Ultron! (by Angelo Pennetta), and 16 year old fellow American Chloë Grace Moretz (by Glen Luchford).

More outstanding covers this years comes from Jeff Bark who shot Catherine McNeil for May; Paolo Roversi for July (with Kati Nescher); Pierre Debusschere for October (with Lindsey Wixson); and Josh Olins for December (with James Franco). And that leaves us with Daft Punk‘s June covers by Hedi Slimane, and Chance The Rapper‘s August issue by Daniel Jackson.

Share to us your favourite Dazed covers in the comment box below! You can also read our 2012, and 2010 recaps.