The Grace Bol cover is shot by Richard Phibbs, while the Amanda Murphy cover is by Hugh Lippe. (source)

Grace Bol cover is photographed by Txema Yeste while the Daphne Groeneveld version is shot by Greg Kadel. (source)

Some of the cover star and models who were photographed by Rankin for the latest issue of Hunger Magazine are singer Banks, and models Camilla Christensen and Hollie May Saker. (source) 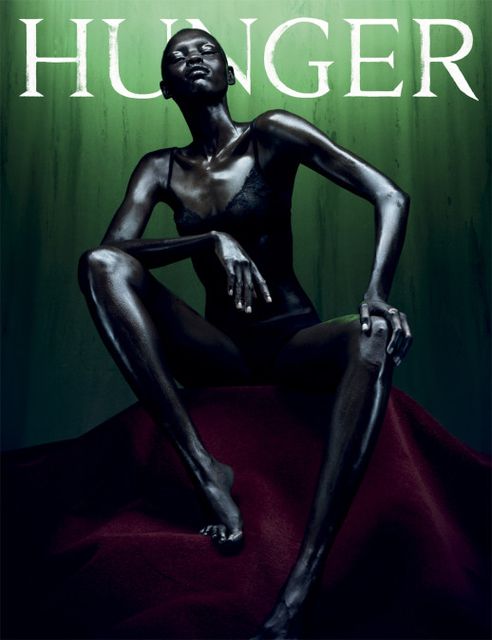 William Baker photographed the striking Grace Bol (noticed how Judy Blame styled a belt as necklace) for another cover version from i-D Magazine’s latest issue, which is definitely our favourite!

Two other covers are featuring Lily McMenamy (photo by Benjamin Alexander Huseby and styled by Elgar Johnson), and Xiao Wen Ju (by Sølve Sundsbø with styling by Charlotte Stockdale).