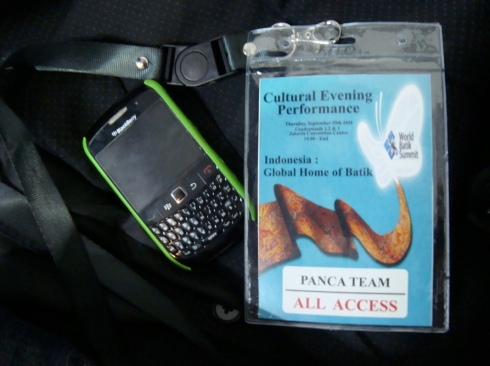 My green cased Blackberry and the id pass

The traditional dancers in rehearsal. Image by Armadina

Batik, a cloth that traditionally uses a manual wax-resist dyeing technique, has been associated with Indonesia since a very long time. But not until The United Nations Educational, Scientific and Cultural Organization (UNESCO) has officially recognized batik as an Indonesian heritage and cultural treasure in October 02nd 2009. Even though the exquisite fabrics can also be found in other countries, but now more people are aware that batik are originally from Indonesia.

With the new designated title from UNESCO two years ago as a Masterpiece of Oral and Intangible Heritage of Humanity, batik is even more popular these days. Every Friday, here in Indonesia, most of people are wearing batik to the offices and work places to celebrate our lovely national heritage.

I got a wonderful opportunity to covering the Cultural Evening Performance during World Batik Summmit 2011 in Jakarta Convention Center couple of days ago. That night, a fashion show by 10 fashion designers from 4 countries was held in front of the high profile guests and invitations as the main event.

The handsome Nikola at SUM 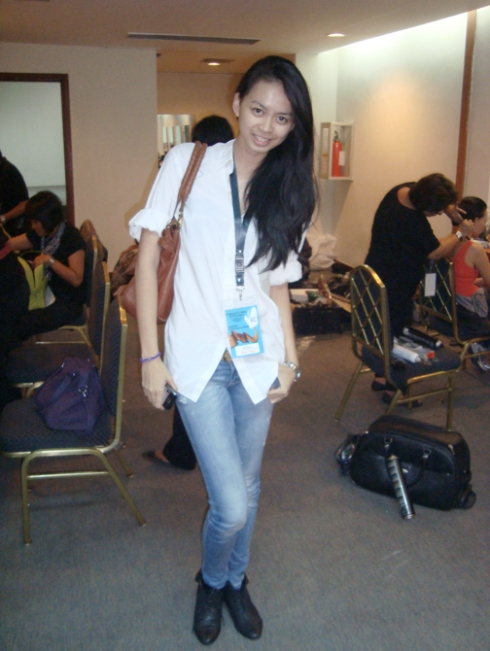 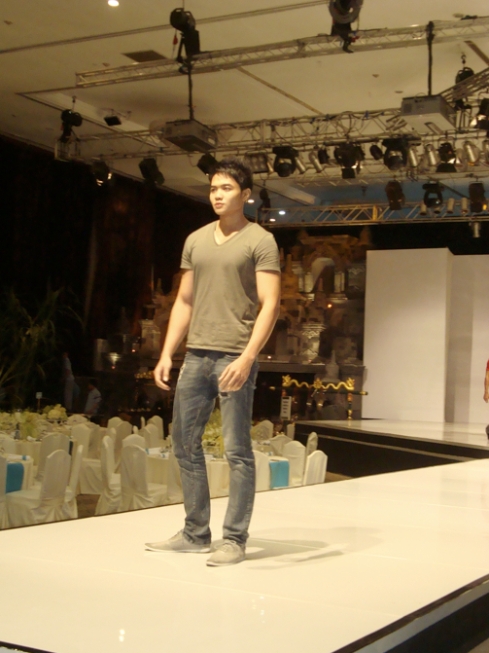 L Men of The Year 2011 Runner Up, Adijaya, during rehearsal 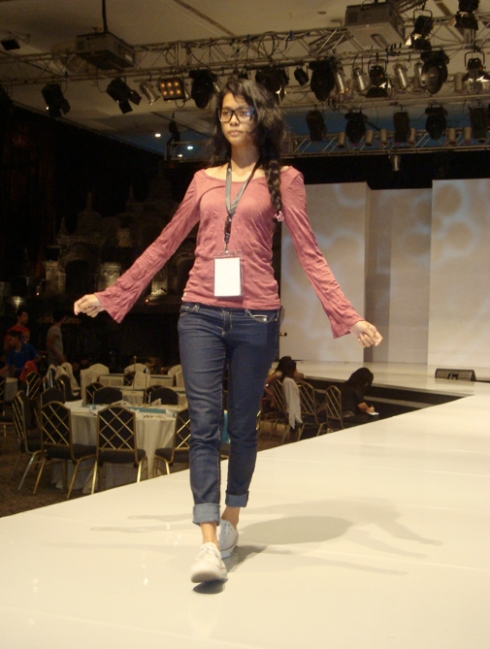 Another fun part during the event was of course the rehearsal and backstage visit where I can snapped the models before and after the make up. The models for the fashion show are lovely and wonderful mixed of new faces and established ones.

Feel free to visit and enjoy our Facebook photo album to view MORE exclusive backstage images of the models during World Batik Summit 2011.

Larina at Damn! Inc. with the amazing Temple miniature behind her

The make up that night was done by Sariayu team and it was soft smokey eyes with a dash of bright red lips and dramatic eyelashes to create the sexy yet beautiful feeling just like Polina at Damn! Inc. shown above.

Some of the models are sporting a sophisticated little bun with blunt bangs, some of them are having a simple slicked back low ponytail and the others are sporting the very exquisite ‘sanggul‘ or chignon (shown by Ilmira and Mungky) to completed the look by Indonesia‘s foremost Kebaya designer, Mrs. Anne Avantie.

World Batik Summit 2011 exhibition will be held until tomorrow, October 02nd in Jakarta Convention Center. So, if you want to view the amazing displays of various types of batik in one place, this is really the place you want to be. Just like the tagline “Indonesia : Global Home of Batik” 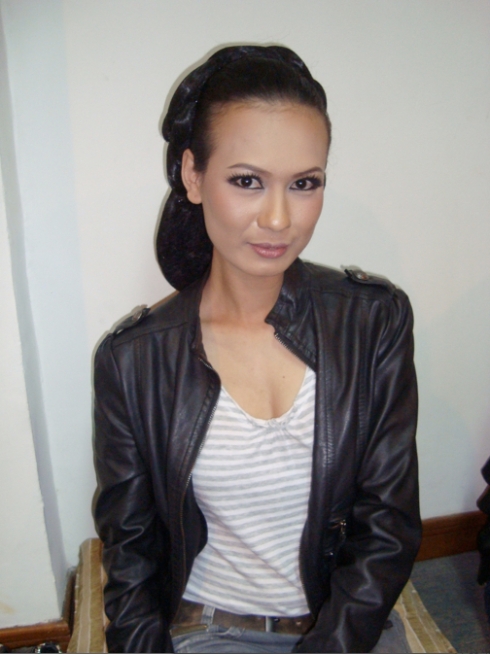 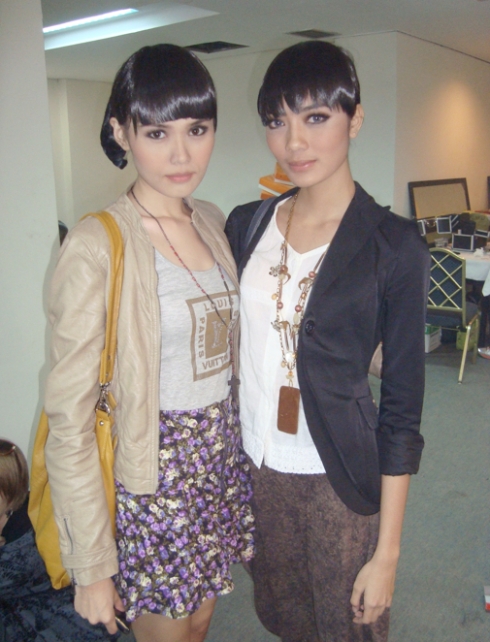 Merry at JIM and Dea Nabila backstage after the hair do 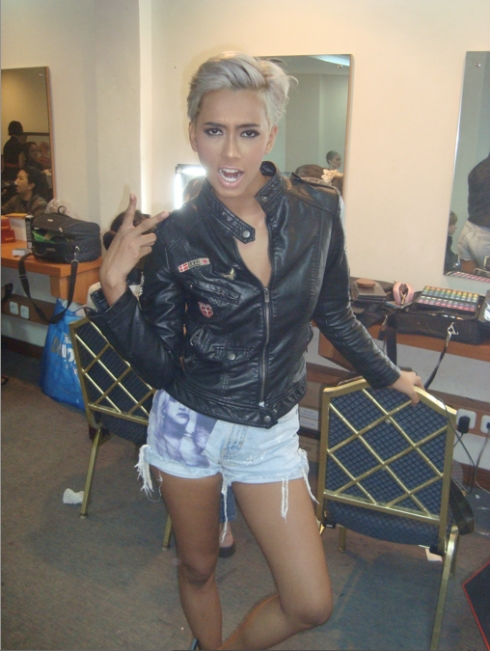 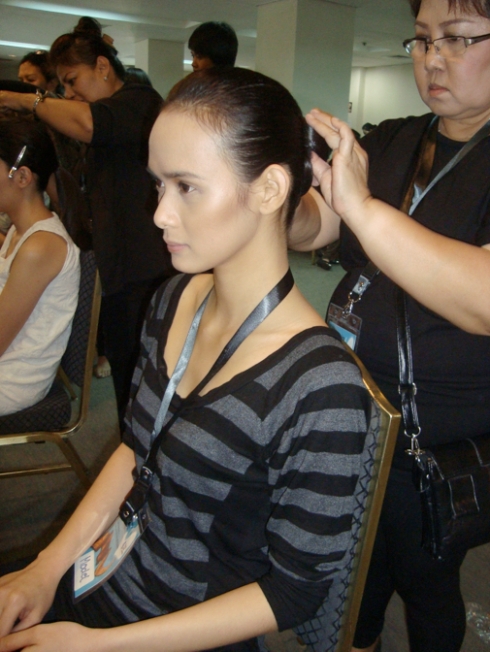 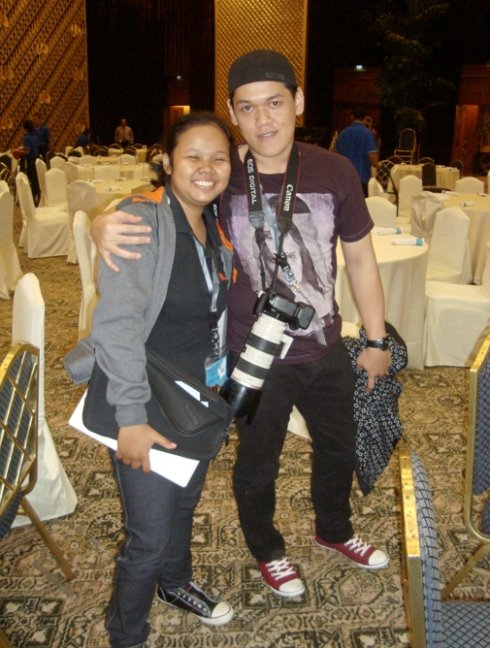 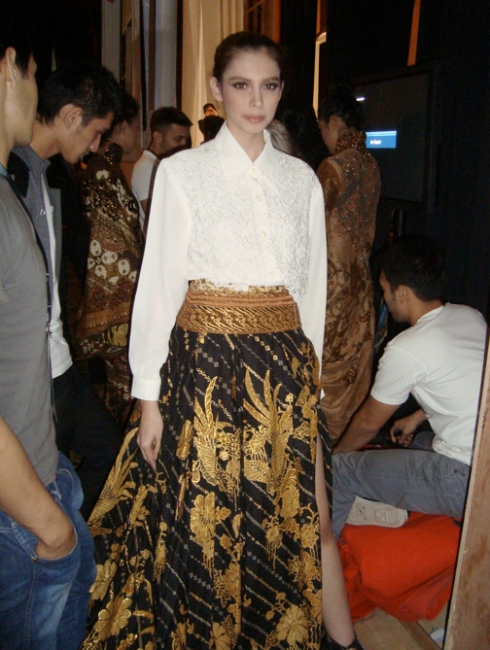 It girl of the moment, Prinka Cassy in backstage during final run through

The beautiful flower arrangement by Bellish

J Ryan in his second look 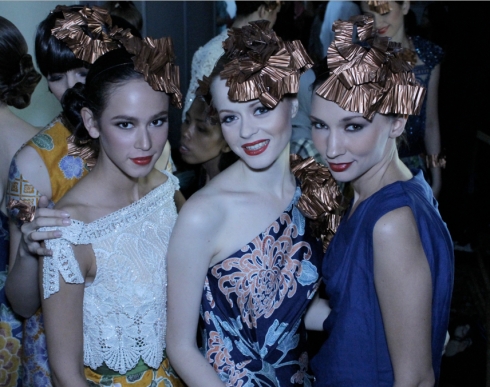 Hege at Look Models with Katya Talanova and Julia Jamil, both at Damn! Inc. Image by Armadina