The Mirte Maas version is such a unique and unusual cover but Harper’s Bazaar Spain always deliver good ones!

The other monochrome cover is featuring Elizabeth Taylor shot by Richard Avedon. (source) 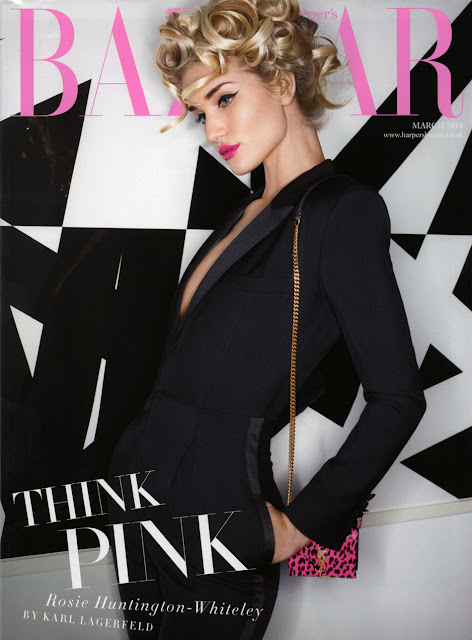 The cover was photographed by Karl Lagerfeld with styling by Carine Roitfeld. Do you like the pink backdrop and Marilyn Monroe hairstyle? Her necklace is Dior btw. (source)

Actress with the most Oscar nominations, Merry Streep landed the first <strong>cover slot of 2010 for Vanity Fair. While the most controversial athlete of 2010 Tiger Woods, posed for the February cover showing off his pecs. Quite a shocker that VF chose the athlete for the cover..

Michael Douglas with piles of gold! That’s what the April cover all about promoting the later postponed released of Wall Street : Money Never Sleeps, while the legendary Grace Kelly, is peeking for the May cover of Vanity Fair and soccer players Didier Drogba and former Emporio Armani Underwear ambassador Cristiano Ronaldo (tennis player Rafael Nadal is replacing him as the face of Armani Underwear next year)took off their jersey and wearing only underwear for the June cover.

A blue-ish cover of Elizabeth Taylor sitting on the water was what the magazine featured for their July cover. And Angelina Jolie was photographed by Patrick Demarchelier for the August cover. Very simple. The magazine goes grey for September edition with Lady Gaga photographed by Nick Knight and styled by Nicola Formichetti with her grey hair covered her b**bs.

My favourite cover goes to the Lindsay Lohan‘s October by Norman Jean Roy. She looked gorgeous with the hair and the posed just perfect!! Loved it so much!!!

The rest of the year was belong to Marilyn Monroe for November and Mama Cher for December (she’s promoting her latest movie, Burlesque with Christina Aguilera)