Mario Sorrenti photographed the 26 year old Canadian songwriter and rapper for the July cover of GQ US.

UPDATED MARCH 13th 2012: We just received an email request from GQ to taken down the covers, and in return they give us the HQ version of Drake cover without the headlines. You may see the other covers photographed by Sebastian Kim on GQ‘s website, here aswell.

The three different covers of the April issue from GQ US (check out that exaggerated masthead!) are featuring rapper Drake (his second time featured on the front page after December 2010) and actors Dave Franco (yes, he is James‘ brother) and John Slattery from the hit TV series, Mad Men.

James Franco for GQ US December 2010

The multi talented actor, James Franco in red t-shirt is gracing the December 2010 cover of GQ US and he is The “Leading Man Of The Year” said GQ!

Beside’s Franco, GQ US also featured 4 others personalities for their 15th Men Of The Year Issue cover stars. They are : Jeff Bridges, Stephen Colbert, Drake and this year’s Babe Of The Year, Scarlett Johansson. 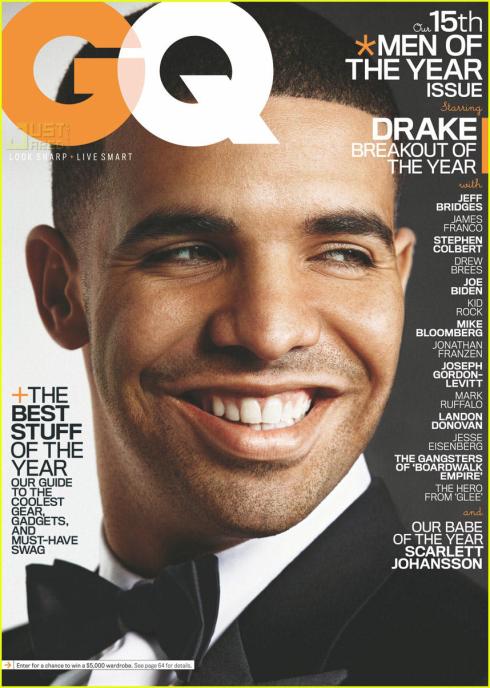 Singer Drake is all smiling on GQ US December 2010 cover. It’s their 15th Men Of The Year issue and Drake received The “Breakout Of The Year” title from GQ.