The ELLE Comic Relief Issue will be on sale at all UK TK Maxx stores from January 29th for the special price of £2.99 (including 75p donation to Comic Relief).

The Red Nose Day t-shirts by Karl Lagerfeld, Anya Hindmarch, Diane von Furstenberg, Matthew Williamson and Henry Holland are on sale at TK Maxx, with prices starting from £9.99 – 100% of the net profits go to Comic Relief.

The Academy Award-nominated actress and the current face of Chanel Rouge Coco Lipstick is wearing Chanel on the cover that was shot by Mariano Vivanco. (source) 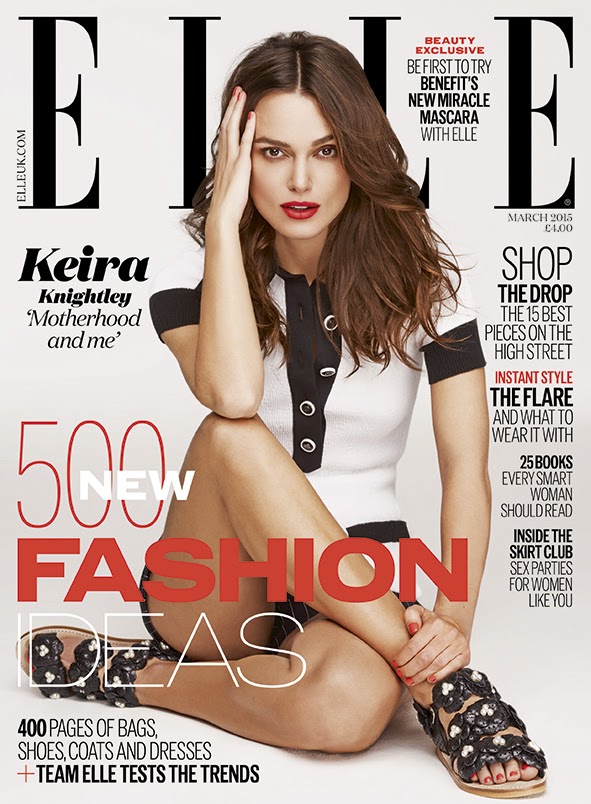 Daisy Lowe and Donny Lewis are fronting the Fall Winter 2013 campaign of Lancaster by Guy Aroch.

This year, InStyle UK presented only one cover with grey masthead, unlike last year where they used grey on the first five editions, and that’s a good thing. Even though most of the mastheads are using muted or pale colors, but that’s the magazine’s signature which separates them from their US sister.

We are pleased with the cover stars (well, mostly), the color combination and the execution of this year’s line up from Eilidh MacAskill-edited monthly fashion publication. We also loved how the fashion editors styled the covers and how the EIC finalized the end results. They matched the masthead with the dress (Cameron Diaz‘s July and Daisy Lowe‘s September issue); the cover stars wearing white minimal ensemble and let the bold accessories and dress details pop (April with Drew Barrymore, June with Eva Green and December with Dakota Fanning); the multicolored dresses on the cover that doesn’t hurts the eyes (February with Nicola Roberts, March with Heidi Klum and October with Olivia Palermo), and the black outfits that looks great (Kim Kardashian‘s August and Naomie Harris‘ November issue).

Our least favourite covers goes to Gwen Stefani‘s January and Jennifer Aniston‘s May (the image it’s a reprint from InStyle US March issue, just like Cameron Diaz‘s cover).

UPDATED AUGUST 04th 2012: The cover was photographed by Lee Broomfield and styled by Natalie Harley.

Gavin Rossdale and Pearl Lowe‘s daughter, Daisy Lowe (23), is frontin’ her second InStyle UK cover (click here for her first) and from this preview, she looks great!

Images via Fashion Copious and TFS.

UPDATED DECEMBER 13th 2011: Added a bigger cover image photographed by Will Davidson and styled by Stevie Dance. Image via Models.com 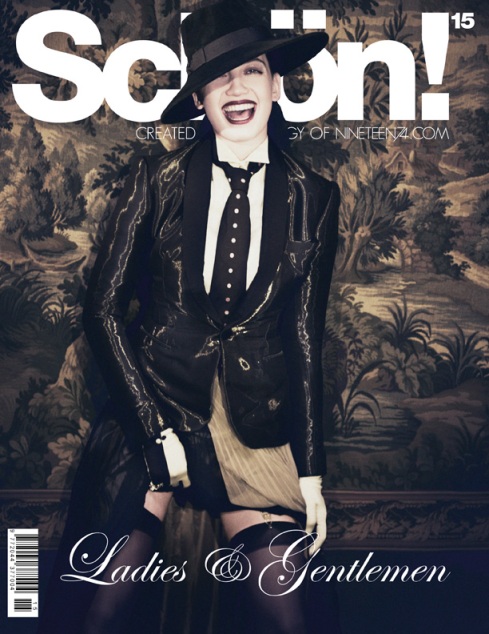 Top models Daisy Lowe and Sam Webb are photographed by Yuval Hen and Dimitris Theocharis respectively for the latest covers of Schön! magazine. Daisy‘s cover was styled by Kay Korsh.

Their first non-grey masthead starts in June with Thandie Newton in the infamous Prada stripes dress. Another model who landed cover slot this year was Daisy Lowe who’s sitting gorgeously for July issue. The similar pose is also used for the current and the last cover of 2011 featuring Cheryl Cole in another Prada dress. As you can see, Thandie Newton and Daisy Lowe‘s covers are the only bright colored front pages in 2011.