Willy Vanderperre once again snapped a campaign job for Jil Sander and this time he photographed returning face Daria Strokous along with Clement Chabernaud, Aiden Andrews and Natasha Poly (her fourth blue chip bookings after Prada, DSquared2 and Proenza Schouler!). The Hitchcock movies influenced-campaign was styled by Olivier Rizzo. 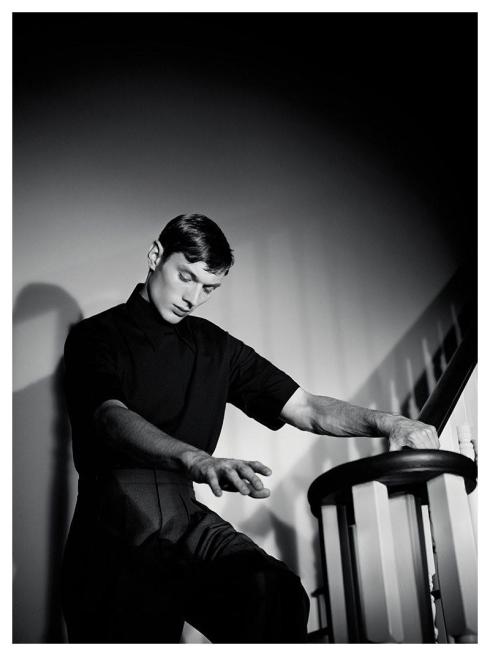 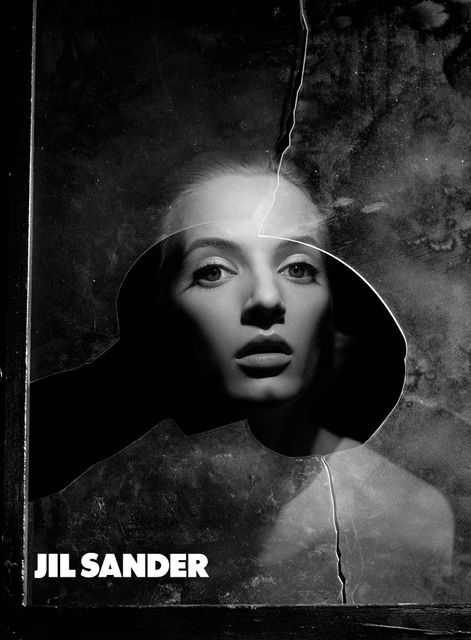 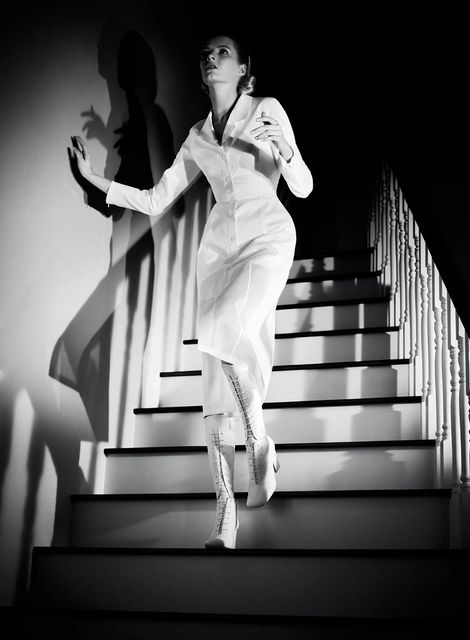 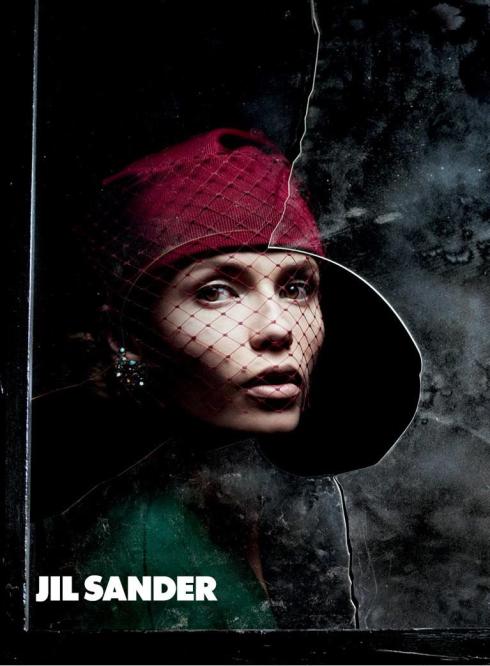 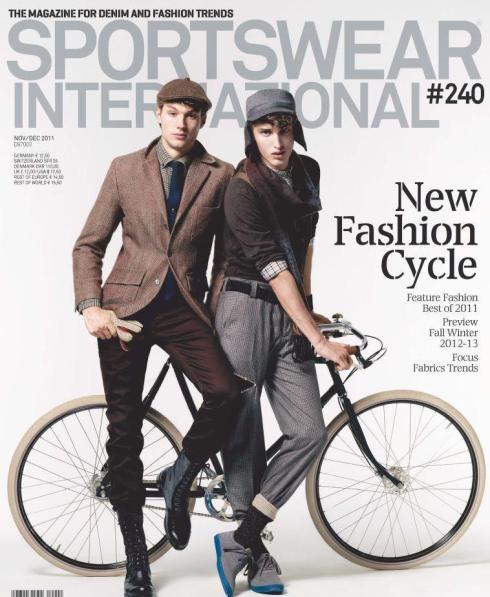 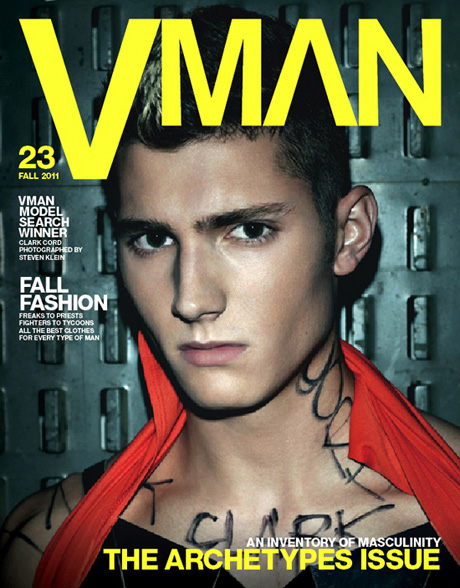 Earlier this year, VMan and Ford Models are teamed up once again for their much awaited VMan Model Search 2011—their fifth cycle—and recently the winner was announced: 21 year old from Indiana, Clark Cord (in Mugler) and 21 year old from Ocean City New Jersey, Matthew Terry (in Jeremy Scott).

Matthew Terry already walked for Versace Spring Summer 2012 show (he was direct booking!) earlier this June while Clark Cord confirmed a major Fall Winter fashion campaign. We can’t wait for which brand and congratulations for both of you!

The winner deserves contract with, of course one of world’s finest modeling agency, Ford Models and a cover shot lensed by the famed photographer, Steven Klein with the styling works by the one and only, Nicola Formichetti.

Click here to view all six finalists polaroids at Ford Models blog. Those six finalists will have a 15 page spread inside the Archetypes Issue, lensed by Steven Klein, that will hit the newsstands on September 1st 2011.

Aiden Andrews by Mel Bles and styled by Vanessa Reid 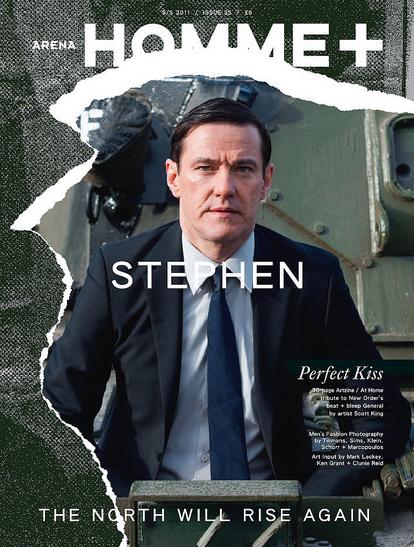 Zeb Ringle by Steven Klein and styled by Patti Wilson

Here’s the article from Fashionologie.

With its new editorial team, the biannual Arena Homme Plus has become something of a brother publication to POP — they now share the same editorial director, Ashley Heath, and the magazine’s new editor in chief, Max Pearmain, used to be acting menswear editor at POP.

Heath and Pearmain’s first edition of Arena Homme Plus hits newsstands next Monday, April 11 in the UK (and Monday, April 18 for the rest of the world), boasting four different covers, one each playfully dubbed “Stephen,” “Stevie,” “Steve,” or “Steven.”

“The men’s fashion magazine market has become so staid and predictable,” Pearmain notes of his vision for the magazine. “It was actually more inspiring in many ways 15 years ago when there was just L’Uomo, Vogue Hommes, and Arena Homme Plus . . . We wanted to inject some surprise and some passion and some playfulness back into this world.”

Pearmain himself styled New Order’s Stephen Morris for the “Stephen” cover, artist Clunie Reid created scrawling artwork for the “Stevie” cover (left), David Sims photographed the “Steve” cover, and Steven Klein, of course, captured the “Steven” cover. The Klein version of the issue — or Homme+ PLUS as it has been christened — comes with 45 extra pages of more “hardcore” content. Some of it has already been posted online (NSFW) and will only be sold in selected independent retailers and online.

The move back to Arena Homme Plus is something of a coming home for Heath, who used to edit the magazine himself: “It’s been fun to return. I really built that magazine on blood, sweat, and tears back in the day, so it was great that David Sims, Steven Klein, and others from the glory days returned and contributed such strong, strange work. There’s this sense of travel, of art and design, of the way the world is changing . . . We changed the paper stocks a bit and did that ‘special sections’ thing I’m into recently. The magazine is still niche, but it will appeal to a broader cross-section of stylish men.”

Alongside contributions from Sims and Klein, the new issue also features work by Wolfgang Tillmans, Collier Schorr, and Ari Marcopoulos 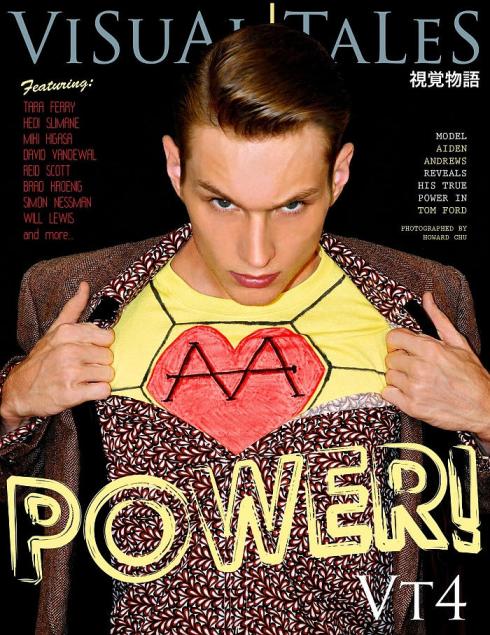