America’s favorite pretty woman, Julia Roberts, is interviewed by Oprah Winfrey and opens up on her new projects (Amazon’s Homecoming and Ben Is Back), turning 50, social media, aging in the spotlight and more—while she dares to face her fear of heights and literally climbs to new heights in the season’s most breathtaking couture in Harper’s BAZAAR US’s November Daring issue, on newsstands October 23rd.

The interview will also be available on “Oprah’s SuperSoul Conversations” podcast starting October 23rd on Apple Podcasts (ApplePodcasts.com/OprahSuperSoul) and other podcast platforms.

Oprah Winfrey: “The theme of Harper’s Bazaar this month is daring, and so you actually decided that you were going to do something daring because you’re afraid of heights. That’s what I heard. Is that correct?”

Julia Roberts: “I am afraid of heights and it’s funny because I’ve always been afraid of heights… Of course [Harper’s BAZAAR wasn’t] going to put me in incredible peril, and we did things that were just high enough and just scary enough where I could still smile and throw my gown up into the air.”

OW: “Do you remember when your kids finally first realized that you were Julia Roberts, America’s beloved-sweetheart actress, Academy Award winner?”

Julia Roberts: “I don’t think they will ever have a true sense of that. I think I told you once when they were starting to figure it out, it was like, “You’re famous?” And I said, “I think a lot of people might have seen the movie that I’m in or might know who I am.” Maybe an hour goes by. “Are you more famous than Taylor Swift?””

OW: “Stedman and I lived in the tabloids for so many years, and it was hard on his family members and some of my family members, and I couldn’t imagine if we had children and every other week there’s some story about him leaving me, me getting dumped, or me leaving him. I know you have experienced this very thing. Are you able to keep that away from your kids?”

JR: “For the most part. Sometimes we are in the grocery store and I won’t even know something is out, but we’ll see a tabloid and we’ll all be standing there like, “Oh, that’s uncomfortable. This is really uncomfortable.” It can still hurt my feelings, because I’m so proud of my marriage. We just celebrated being married for 16 years this Fourth of July, and there’s so much happiness wrapped up in what we’ve found together. What I like is when they write, “the $150 million divorce,” and then a week later a different tabloid says, “the $275 million divorce.” I’m like, “Well, somebody got a paycheck in the last week. This is getting good.”” (source)

Swedish actress Alicia Vikander is back to be the ad campaign face for Louis Vuitton. The Cruise 2019 campaign photo is captured by the renowned fashion photographer Craig McDean. (source) 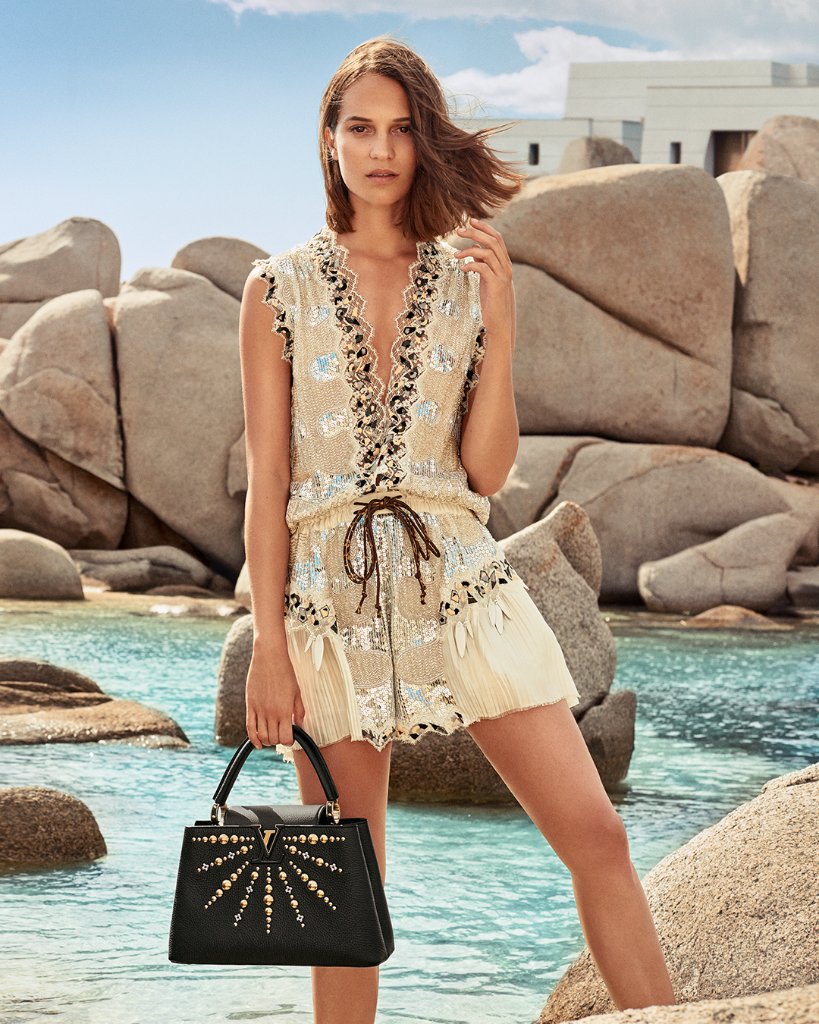 Penelope Cruz is the Cruise 2019 ad campaign face of Chanel. Although we love both the collection and Penelope, but we couldn’t help but feeling underwhelmed by the monochrome images captured by Karl Lagerfeld as it’s not showing the resort vibrancy that was shown on the runway. Oh, well. (source)