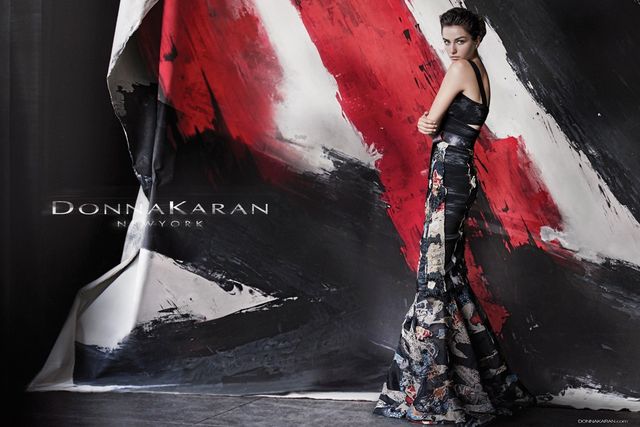 Romanian catwalker Andreea Diaconu was shot by Peter Lindbergh (from 1992 Lindbergh has shot 15 campaigns for Donna Karan, their last collaboration being for spring 2007) against a brushstrokes backdrop for Donna Karan‘s latest campaign. (source)