The cheeky covers were photographed by Jean-Paul Goude. And apparently she has a unique talent: balancing wine glass on her ASSet. 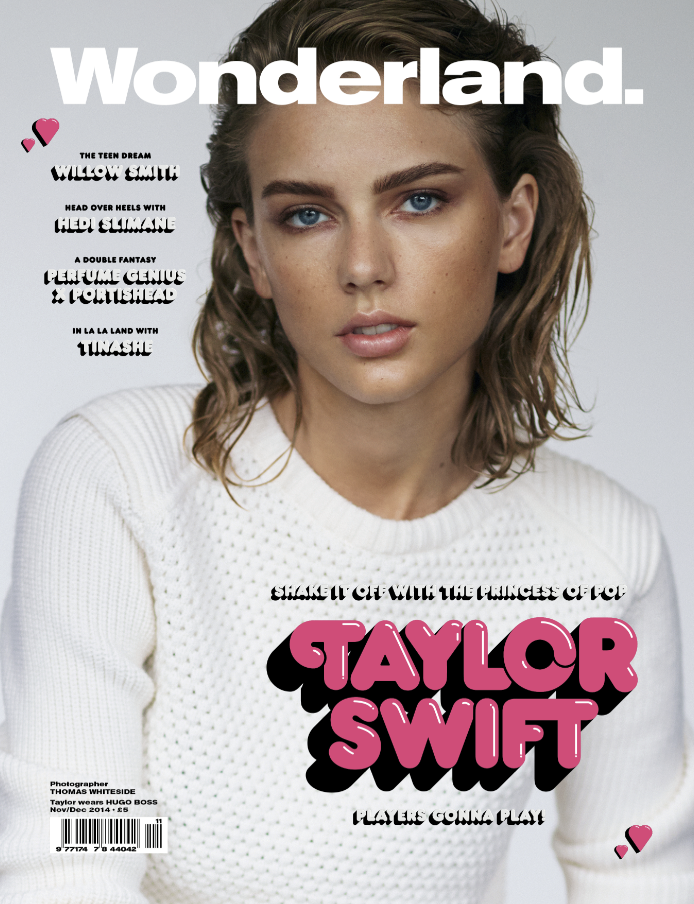 The cover was photographed by Alexi Lubomirski with styling by Joanna Hillman. The image looks kinda similar with her September 2010 cover with the white backdrop and white dress. (source)

The Nadja Bender cover was shot by Nick Dorey and styled by Naomi Miller. No details yet on who shot the Elisa Sednaoui and Eliza Cummings version. (source)

The cover was shot by Chris Nicholls with festive styling by Heidi Meek. Keith Carpenter and Hung Vanngo responsible for the hair and make up. (source)