“If Your Vagina Could Talk”. Oh, wow we wonder how’s that article like. (source)

Taylor Swift for InStyle US November 2014

Taylor is wearing Louis Vuitton Fall Winter 2014 on the cover. By the way, where’s InStyle signature red bold masthead? What do you think? Is it better without it? (source)

The 43 year old German model is photographed by Luigi + Iango and styled by Patti Wilson in Prada Fall Winter 2014 coat for the latest issue of Vogue Germany. Virginia Young did the make up. (source) 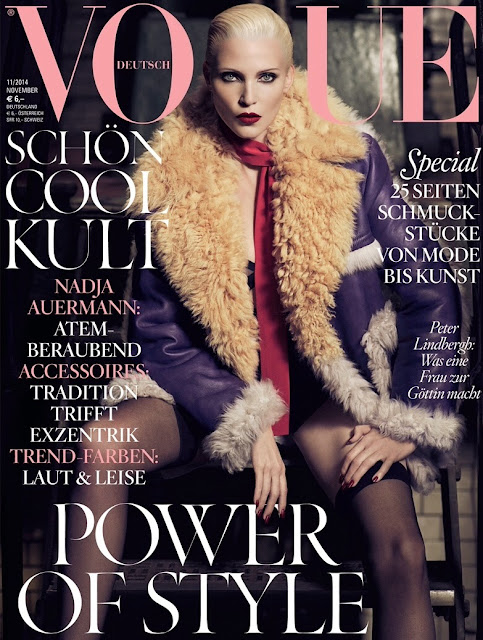 She is wearing head to toe Valentino Fall Winter 2014 look on the latest cover of The Edit Magazine, shot and styled by Rafael Stahelin and Natalie Brewster. (source)

The cover was snapped by Marcin Tyszka and styled by Julie Chanut-Bombard. (source)