The 26 year old American football quarterback for the San Francisco 49ers is featured on the Fall Winter 2014 cover of VMAN photographed by Bruce Weber. (source) 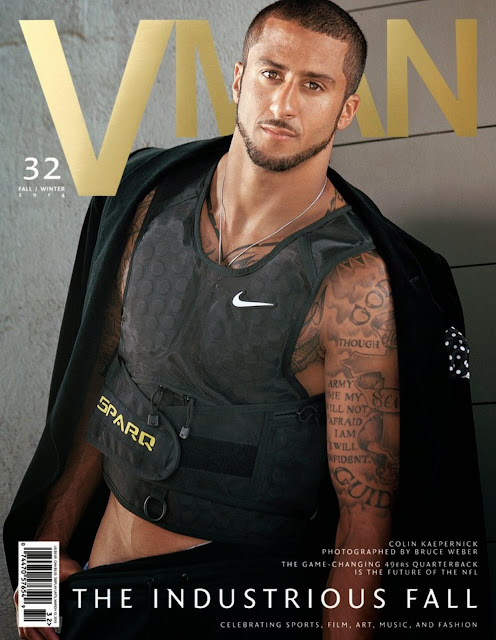 Louis Vuitton enlists six of the world’s greatest creatives to re-imagine its legendary logo which was created in 1896 by Georges Vuitton. They are Karl Lagerfeld, Frank Gehry, Cindy Sherman, Marc Newson, Christian Louboutin and Rei Kawabuko.

The cover stars are Simon Nessman (by Bruno Staub) and Scott Eastwood (by Giampaolo Sgura). (source)

Academy Award-winning actress Jennifer Lawrence is once again fronting the new campaign images of Christian Dior Miss Dior handbag line. Will she returns as brand ambassador once again next season after the photo leaks scandal? Probably yes. But one thing for sure, the scandal does not have any effect on her MET Gala 2015 co-hosting gig next spring. (source)

The supermodel was photographed by Natth Jaturapahu for the cover. (source)

Andrew Westermann was photographed by Marton Perlaki for the new campaign of Carven Pour Homme fragrance that was styled by Jérôme André. (source)

The cover by Daniel Jackson is a reprint from her Harper’s Bazaar US March 2013 editorial. (source)

The cover was photographed by Karim Sadli. (source)