Coach’s new look continues with the brand’s fall ad campaign — its first under the creative direction of Stuart Vevers.

“Joel’s images were part of my inspiration for the collection,” said Vevers. “Showing the inspiration behind the work is kind of intriguing.” Vevers’ main mandate in creating the campaign, done in collaboration with branding agency Baron & Baron Inc., was to signify the brand’s ongoing evolution. “It was important that it felt true to the spirit of the new Coach girl, but even more importantly was for people to sense a change,” said Vevers. “This is a reset.” The reset sees the brand saying goodbye to Karlie Kloss, who has been in Coach campaigns for the past two seasons alongside fellow top models Freja Beha Erichsen and Liu Wen.

Rather than selecting another cover girl to replace Kloss, Vevers opted to bring on a slew of up-and-coming models: Lexi Boling, Leona Binx Walton, Vanessa Mood, Harleth Kuusik, Gracie Van Gastel, Issa Lish and David Alexander Flinn. “It’s about the next generation,” said Vevers. “To me, that also signaled a sense of change in newness and capturing these girls that feel fresh and new.” (source)

The new campaign of McQ was shot by Karim Saldi on location in southwest London, the campaign features black-and-white images of models Natalie Westling and Paul Barge, wearing moody expressions – as well as patchwork denim and two-tone knitwear. (source)

They were all styled by Sarajane Hoare. (source) 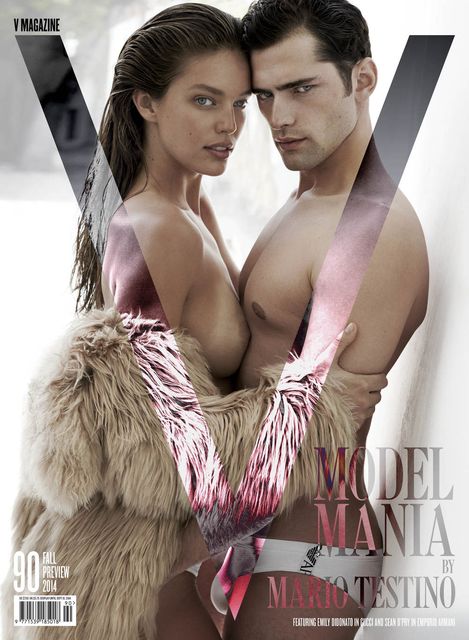 Romanian model Andreea Diaconu is lounging in a recording studio for the new campaign from Boss Orange. The black and white series of images were captured by Peter Lindbergh. (source)