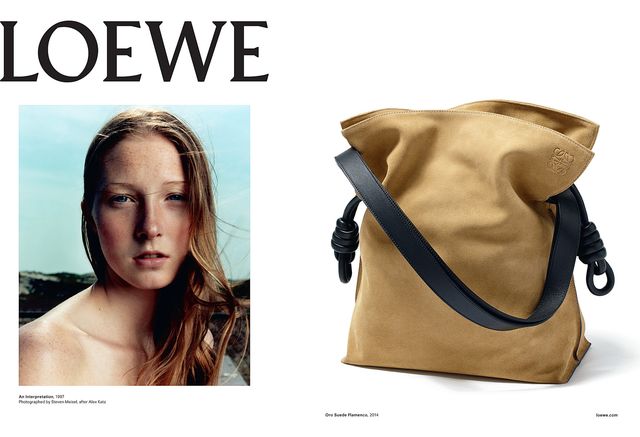 J.W.Anderson approached Steven Meisel to shoot his first Loewe ad campaign (he was appointed as the brand’s Creative Director since September last year), and Anderson made an unusual request: to also use images, unchanged, from a 1997 spread in Vogue Italia with model Maggie Rizer that had been particularly meaningful to him. (source)

This entry was posted on Thursday, June 26th, 2014 at 1:35 PM and tagged with J.W. Anderson, Loewe, Maggie Rizer, Steven Meisel and posted in Ad Campaign, Designers, Models, Photographers. You can follow any responses to this entry through the RSS 2.0 feed.
« Emilio Pucci Fall Winter 2014 Ad Campaign
Metinee Kingapayome for Vogue Thailand July 2014 »