Hedi Slimane once again photographed the moody black and white campaign images of his Saint Laurent brand. This time he tapped lesser known models (Natalie Westling, Nastya Sten and Jeff) as the advertisement faces which was shot in Los Angeles earlier this year. Are you bored yet with his type of campaigns for the brand? (source) 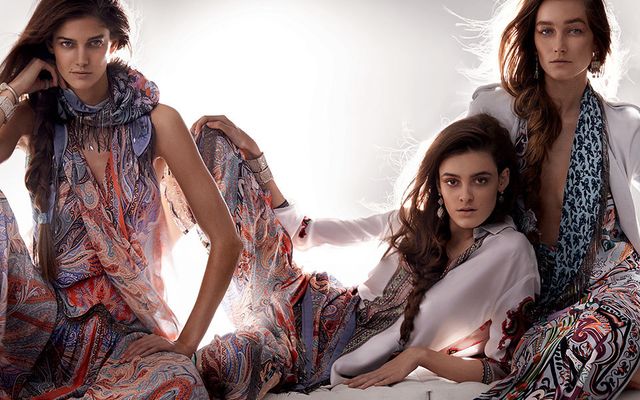 Mario Testino once again photographed the latest campaign slot of Etro, which features returning male model Ton Heukels and first timers for the brand Josephine LeTutour (this is her second campaign this season) and Princess Salwa Aga Khan aka Kendra Spears. (source)

The covers were photographed by Isabel Watson and styled by Petra Middlethon. The 5’7” beauty who’s having dual nationality (Norwegian and American) was one of the campaign models for Prada Fall Winter 2013. (source)

Christy Turlington is replacing fellow veteran catwalker Stella Tennant as the new campaign face of Missoni for Spring Summer 2014 season. The campaign was photographed by Viviane Sassen in Tenerife, in Spain’s Canary Islands. Christy Turlington Burns and Vincent LaCrocq are interacting with large Plexiglas alphabet letters, which spell out the name Missoni when the campaign images are aligned.

In keeping with Viviane Sassen’s style, the pictures feature hyperintense colors and sharp shadows, recalling the landscapes of the artist’s native Kenya. (source)

The cover is photographed by Paola Kudacki. (source)

The campaign with Toni Garrn was photographed by Camilla Akrans in Lanzarote, Spain. (source)

The beauty shot cover was snapped by Tom Munro. It’s a reprint from Allure US October 2013. (source)