They first released the subscriber cover (Linda Evangelista by Terry Richardson) and now they’re presented the newsstand cover with singer Miley Cyrus, also by Terry. It’s weird since Miley got her spread in last issue, but why the cover is released now? Is it to boost sales after her raunchy VMA performance? (source) 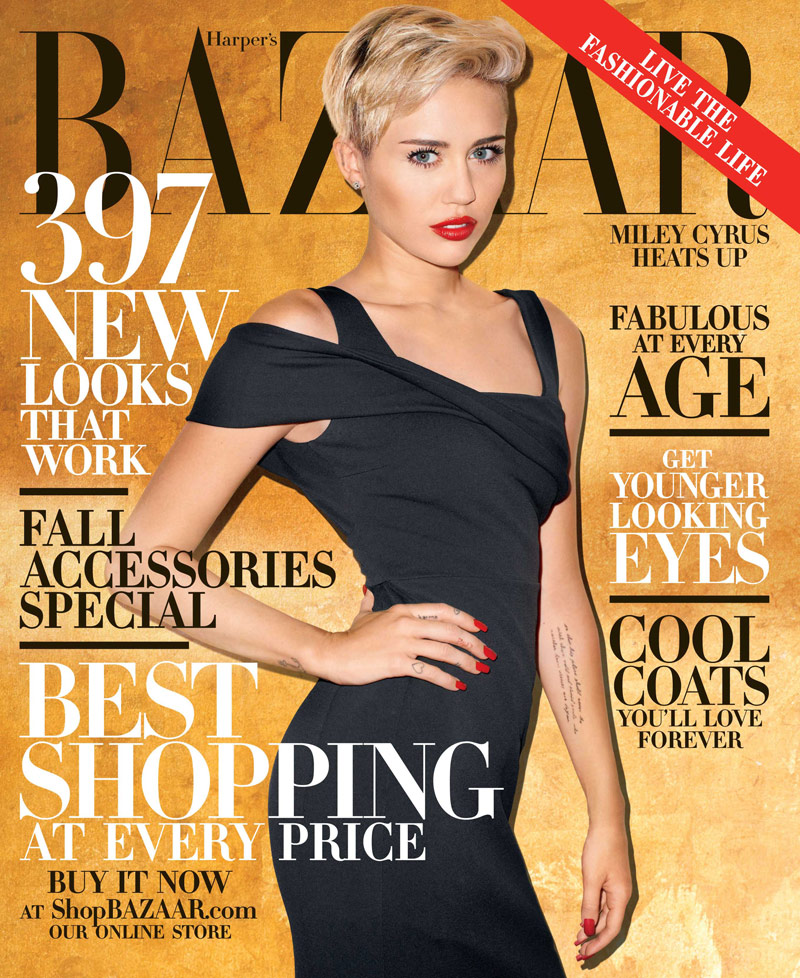 This entry was posted on Wednesday, September 18th, 2013 at 3:09 AM and tagged with Harper's Bazaar US, Miley Cyrus, Terry Richardson and posted in Cover, Magazine, Models, Photographers, Singer. You can follow any responses to this entry through the RSS 2.0 feed.
« Sergio K Spring Summer 2014 Ad Campaign
Daria Werbowy for Vogue Russia October 2013 »