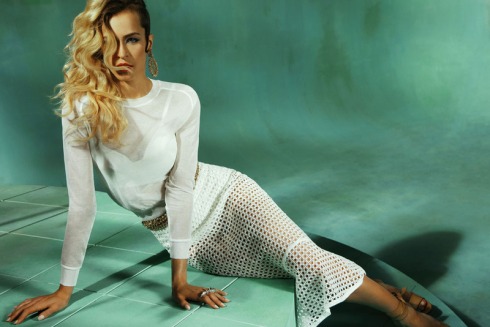 Model, musician and the new face of Chanel Boy Handbag, Alice Dellal is returning as the campaign model of Ermanno Scervino for the second season photographed once again by Francesco Carrozzini.

“Alice has a modern and uncommon beauty, which I wanted also in this new campaign because when it meets the world of couture it conveys the contemporaneity of a new and sophisticated concept of femininity” said Ermanno Scervino, who turned the contrast between luxury and research, between handicraft and avant-garde into the DNA of his fashion made in Italy.