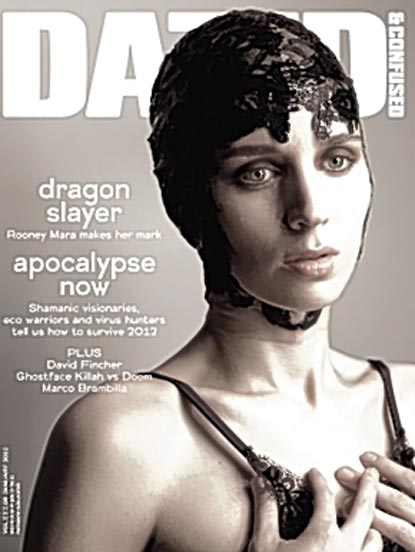 Rooney Mara, the lead female in the much anticipated David Fincher‘s remake of Swedish hit, The Girl With The Dragon Tattoo, is gracing her first 2012 cover in Alexander McQueen headpiece.

This entry was posted on Friday, December 9th, 2011 at 6:23 AM and tagged with Dazed & Confused, Glen Luchford, Karen Langley, Rooney Mara and posted in Actors and Actresses, Cover, Magazine, Photographers, Stylist. You can follow any responses to this entry through the RSS 2.0 feed.
« Karolina Kurkova for Elle France #3441 December 09th 2011
Carey Mulligan for W January 2012 »