I’m loving most of the subscriber covers of this Roberta Myers edited monthly fashion publication rather than the newsstands. But the contents of the magazine that was first published in 1985 are what I love the most, and that what makes me still subscribing Elle US regardless the cover stars.

Some of the covers that got my attention are: Sarah Jessica Parker‘s January issue lensed by Tom Munro. Even though her face looked awkward on the newsstands cover but that green dress from Halston was a great choice; their first model covers in a long time for October issue photographed by Alexei Hay and crazy styling by Joe Zee; all of the subscriber covers for May issue featuring Adele, Gwen Stefani, Robyn, Nicki Minaj and Jennifer Hudson; and last but not least, Freida Pinto‘s subscriber cover for November issue lensed by Dusan Reljin. I love those covers!

The rest of the cover stars are Katie Holmes for February by Carter Smith which is just plain bad and unflattering, ugh!; Katy Perry for March also by Carter Smith in Gucci; Amanda Seyfried for April by Alexei Hay in Prada; Rachel McAdams for June by Alexei Hay (the subs cover was quite unusual); funny lady Emma Stone for July by Carter Smith in Versace; Mila Kunis and her Friends With Benefits co star Justin Timberlake for August by Carter Smith; Gwyneth Paltrow for September by Carter Smith (I’m bored of her and Jennifer Aniston to be honest); and the stunning Jessica Biel for December by Elle US regular photographer, Carter Smith.

I know the subscriber covers are not complete yet, hopefully that doesn’t affect your interest to share your favourites on our comment box below 😉 Oh, and you can read last year’s recap here.

The mother of one was photographed by Hedi Slimane in gold bodysuit by Roberto Cavalli and created this amazingly opulence cover!

Irina Kulikova‘s thighs (and whatever it is in between) was photographed by Juergen Teller for the second cover image of 032c magazine Winter issue. 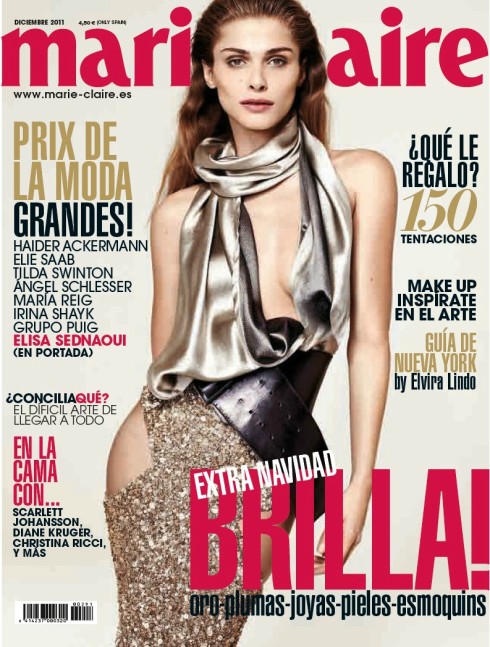 Model Elisa Sednaoui is wearing Haider Ackermann on the December cover of Marie Claire Spain photographed by Sergi Pons and styled by Enrique Campos. Her hair was done by Federico Ghezzi. 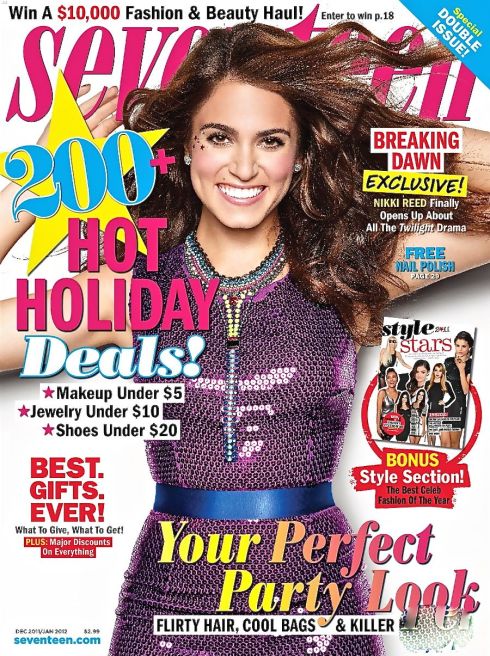 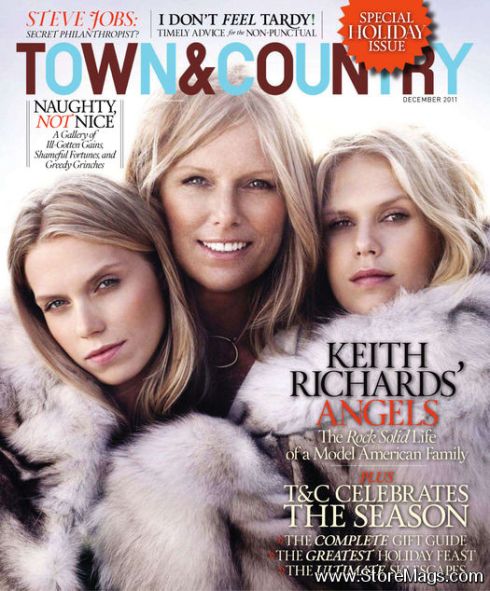 Patti Hansen and her model daughters Alexandra Richards and Theodora Richards are featured for the December cover image of Town & Country magazine.

Caroline Trentini, a 24 year old Brazilian top model who recently got engaged with her photographer boyfriend, Fabio Bartelt, is gracing the November cover of Wish magazine and loooking beautiful as ever.