Charlize Theron for Vogue US December 2011 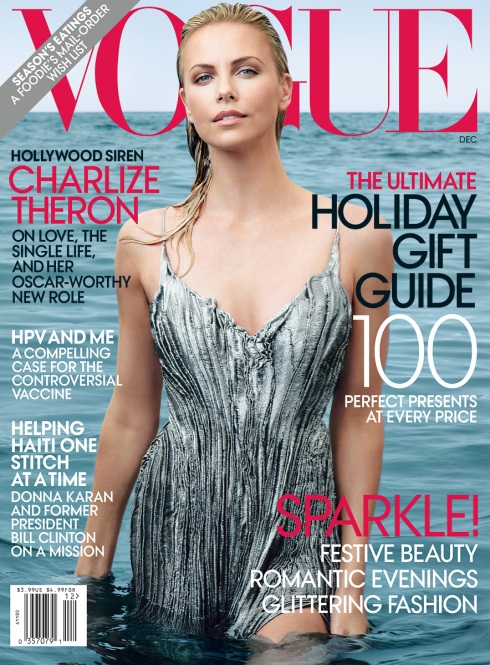 UPDATED NOVEMBER 14th 2011: Added a better cover image of the cover featuring Charlize Theron photographed by Annie Leibovitz and styled by Camilla Nickerson. The hair and make up was done by Enzo Angileri and Shane Parish respectively. Image via TFS.

UPDATED NOVEMBER 12th 2011: Charlize Theron was photographed by Annie Leibovitz for the cover. 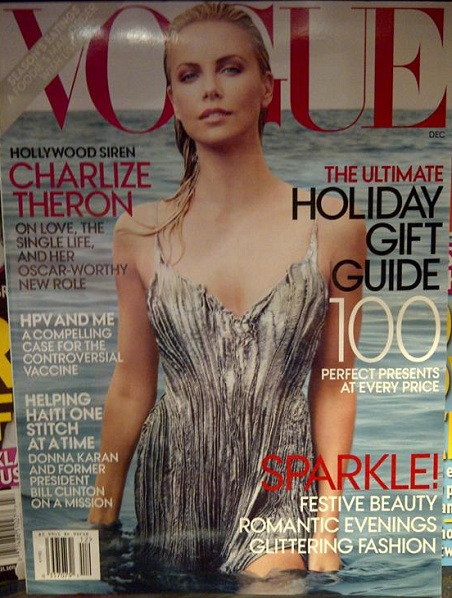 Academy Award winning actress, Charlize Theron is landed yet another Vogue US cover. The last time we saw her was on the September 2009 front page of the magazine and now she is featured for the summery themed December cover coming out of the water with slicked back hair and what it looks like a silver lamé dress.

The 36 year old South African born will be playing as The Evil Queen in the next year release of Snow White & The Huntsman along with Kristen Stewart (Snow White) and Chris Hemsworth (The Huntsman). From the recently released badass trailer, the movie will be a great one! Click here to view the amazing sets of character poster of the movie.

Images via IMP Awards and TFS. 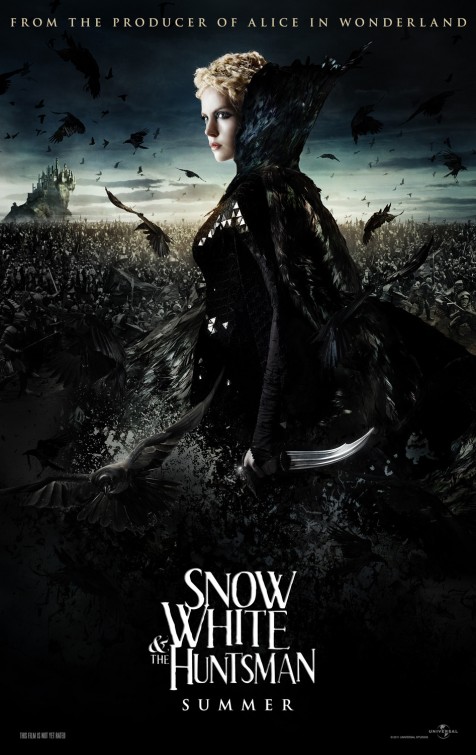 A good source for an Uber Cool Persona. END_OF_DOCUMENT_TOKEN_TO_BE_REPLACED
This entry was posted on Saturday, November 12th, 2011 at 5:22 AM and tagged with Annie Leibovitz, Camilla Nickerson, Charlize Theron, Enzo Angileri, Shane Parish, Snow White & The Huntsman, Vogue US and posted in Actors and Actresses, Cover, Hair Stylist, Magazine, Make Up Artist, Photographers, Stylist. You can follow any responses to this entry through the RSS 2.0 feed.
« Covergirl Runway Shades by Pat McGrath 2011 Ad Campaign
Marie Claire UK 2011 Covers Recap »

11 responses to “Charlize Theron for Vogue US December 2011”