The current face of Bulgari Jasmin Noir fragrance, Rachel Weisz, with electric blue lids, was photographed by Craig McDean holding a baby goat for the latest cover of AnOther Magazine. We are loving this cover! 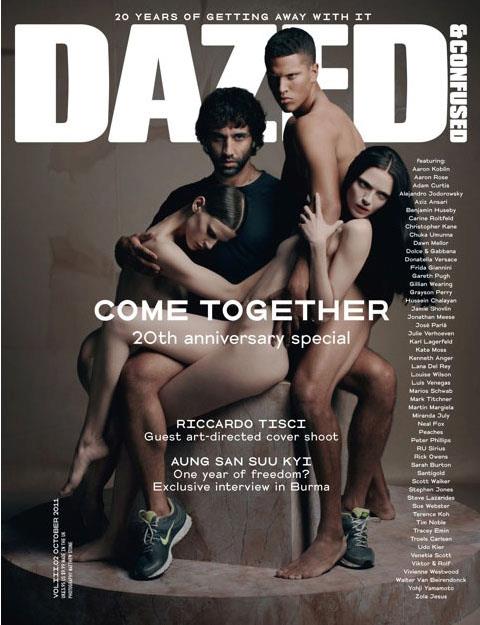 Riccardo Tisci (in Nike!) and one of his muses, model Mariacarla Boscono are featured for the 20th Anniversary cover of Dazed & Confused magazine along with two other unidentified models who are naked as Mariacarla. This stunning cover was photographed by Matthew Stone and styled by Katy England.

In the issue you’ll find a 72 pages of editorial dedicated to the late Elizabeth Taylor who passed away last March.

The May 2011 cover star of Vogue US, Reese Witherspoon is landed the October cover slot of Marie Claire US photographed by Tesh and styled by Alison Edmond. 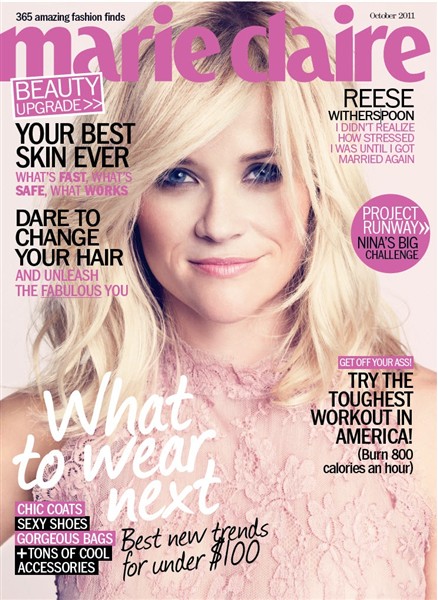 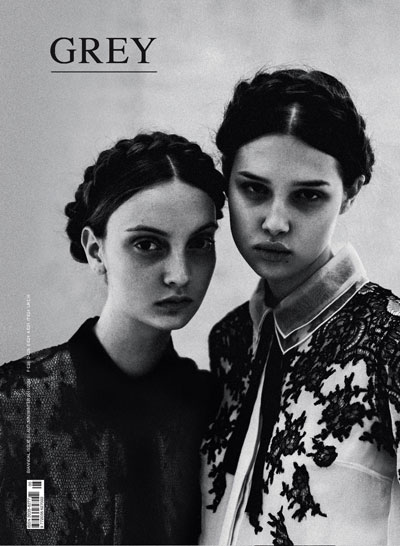 Codie Young and Anais Pouliot was photographed by Chadwick Tyler for the black and white cover of the latest issue of Grey Magazine. More covers are coming this week. 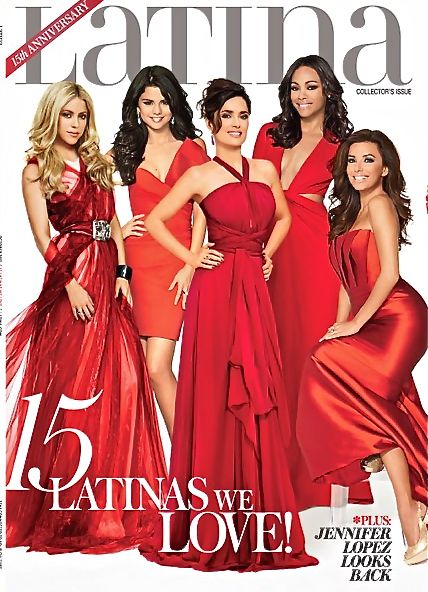 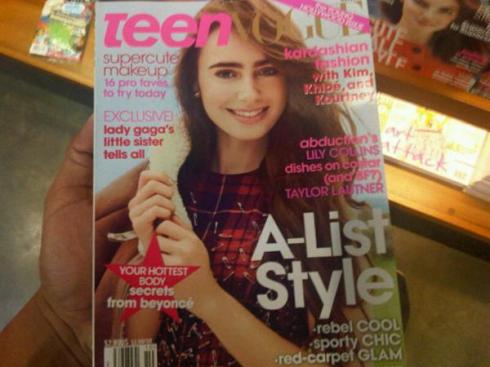 Lily Collins is gracing the October cover of Teen Vogue wearing McQ tartan dress! The image was taken by our friend, @elcofrebliaman 😉

Natalia Vodianova was photographed by Paolo Roversi for the 2011 campaign image of Guerlain Shalimar Parfum Initial. 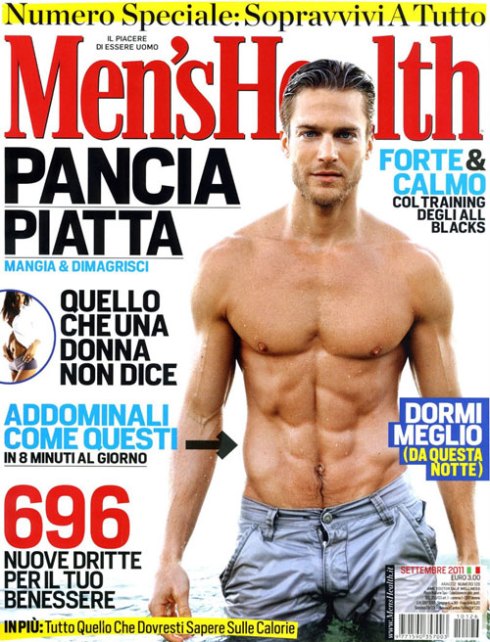 Below are Andreea Diaconu‘s latest show cards for the upcoming New York Fashion Week Spring Summer 2012 which is, TODAY!! She is represented by IMG Models.