A red haired, a blonde and a black haired models was fiercely photographed by Mert Alas & Marcus Piggott in red background—similar to their “Into The Woods” editorial with Natalia Vodianova for Vogue US September 2009— for the latest advertising campaign images of Roberto Cavalli. This is in our opinion is the best campaign so far for this season and the best from the brand’s archives as well. A similar models casting was featured on the Fall Winter 2010 campaign of Louis Vuitton where Karen Elson was also appeared.

Of course you recognized the models fabulously styled by Panos Yiapanis here. They are the newlywed Natasha Poly, Mariacarla Boscono (her fourth campaigns this season after Loewe, Nars Cosmetics and Givenchy) and the returning Karen Elson. 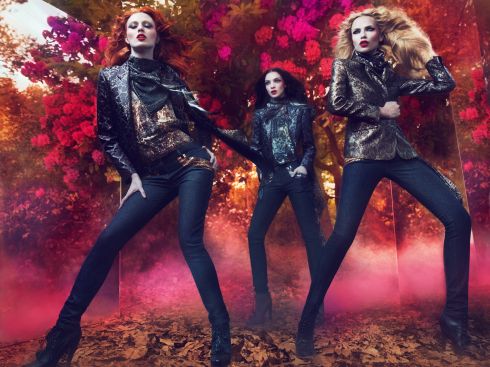 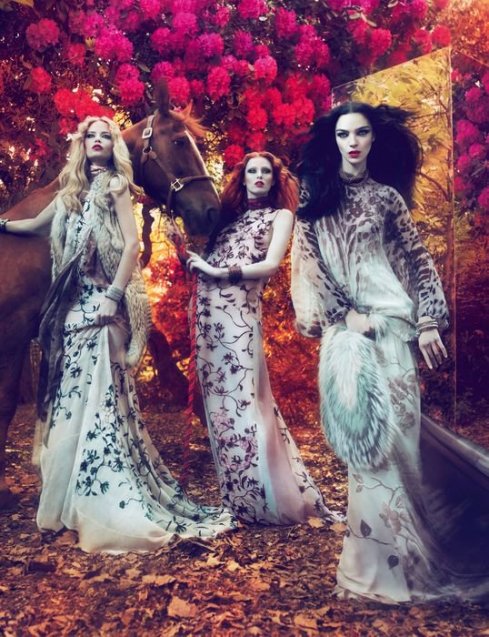