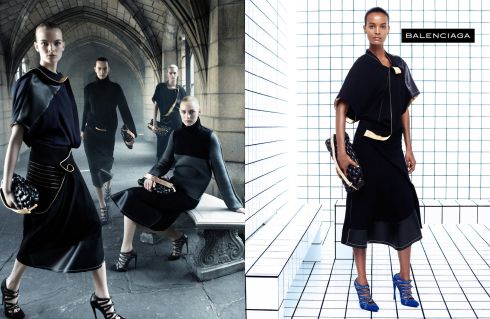 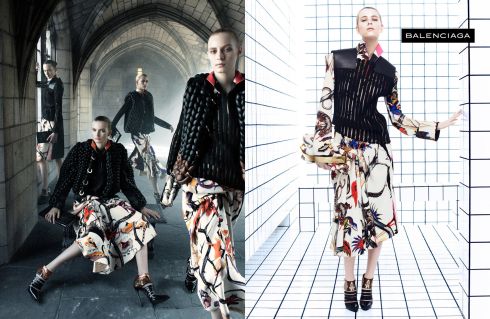 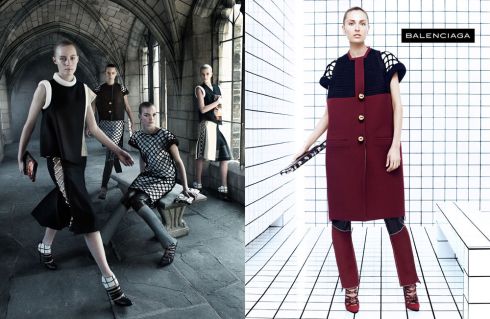 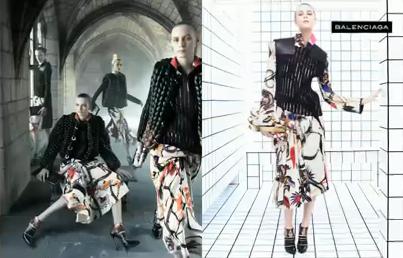 UPDATED JULY 07th 2011: The other model is the current cover girl of Vogue Italia, Juliane Grüner.

Julia Nobis, Carla Gebhart and Liisa Winkler are some of the models identified in the latest campaign image of Balenciaga who was photographed by Steven Meisel in a New York studio made to resemble the pristine, bathroom-tile show set and also a church in Harlem with the styling works by the famed Marie Amélie Sauvé.

Nicolas Ghesquière decided to feature the image first on the company’s revamped Web site when it goes live on Monday and will also release the behind-the-scenes footage of the shoot.