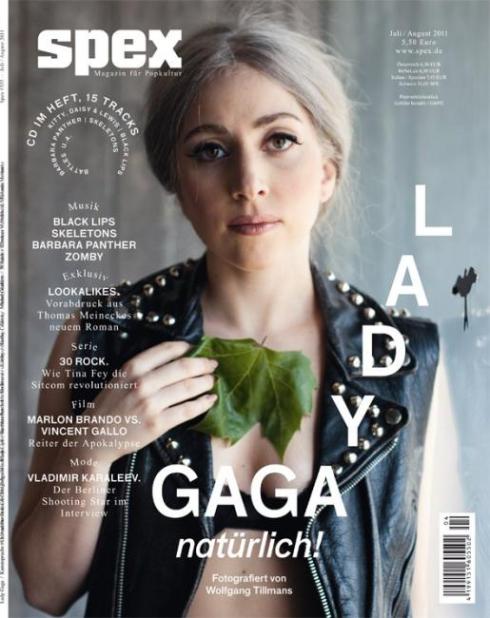 This is a very rare cover featuring a very natural Lady Gaga without all the wigs, heavy make up or prosthetics bones! She was photographed by Wolfgang Tilmans for the July/August 2011 cover of Spex magazine. 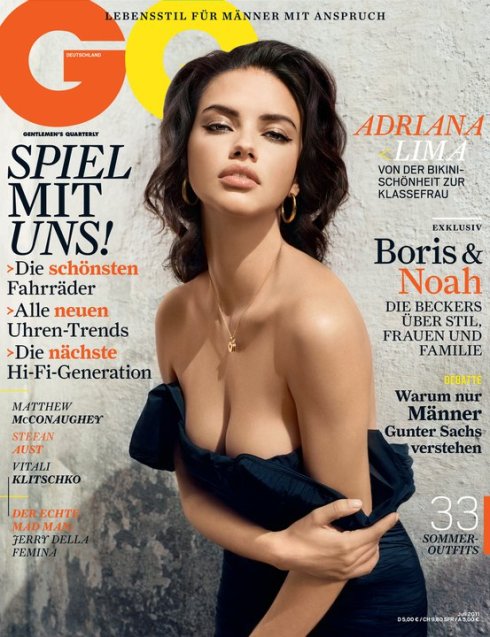 Reprint image of Adriana Lima photographed by Vincent Peters from her June 2010 cover of Vogue Spain is now the July cover of GQ Germany.

Samantha Harris for Shop Til You Drop July 2011

Did you know? In 2004 when she was 13, she was one of the national finalists of Girlfriend Magazine Competition. The same year where Abbey Lee Kershaw ended up winning the competition. 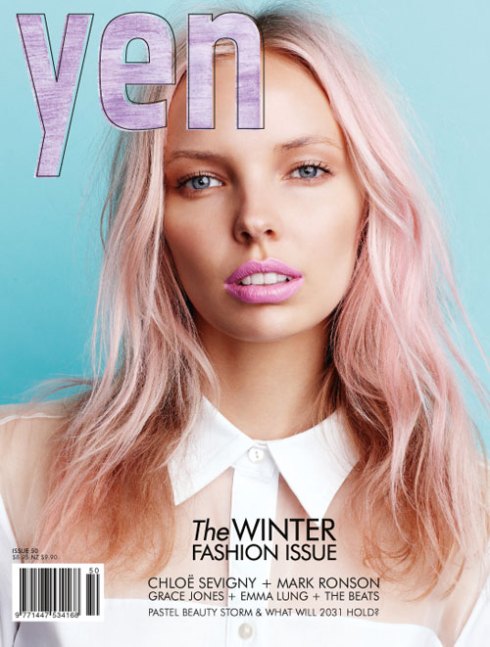 Emma Watson for Vogue US July 2011 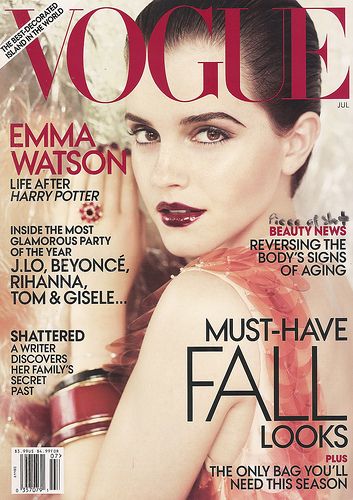 21 year old Emma Watson is almost unrecognizable in her first US Vogue cover photographed by Mario Testino in Prada Fall Winter 2011 fish-scales-look-a-like dress wore by Kasia Struss on the runway earlier this year. The dark lips is quite a shocker for July issue nevertheless the Harry Potter actress and the new ambassador for Lancôme Trésor Midnight Rose is looks striking with the slick hair.

We are excited to see her editorial in this issue and we are sure that this won’t be her last cover for the magazine!!

The former Burberry campaign face (she starred in the brand’s Fall Winter 2009 and Spring Summer 2010 campaign) already appeared on the covers of Teen Vogue, Elle UK, Marie Claire US and Vogue UK. 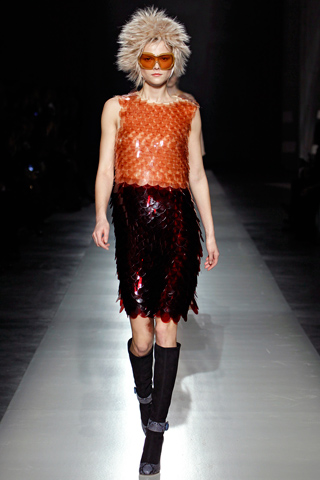