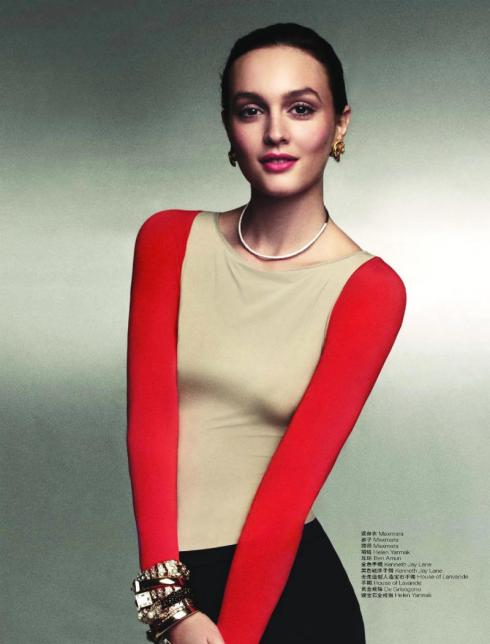 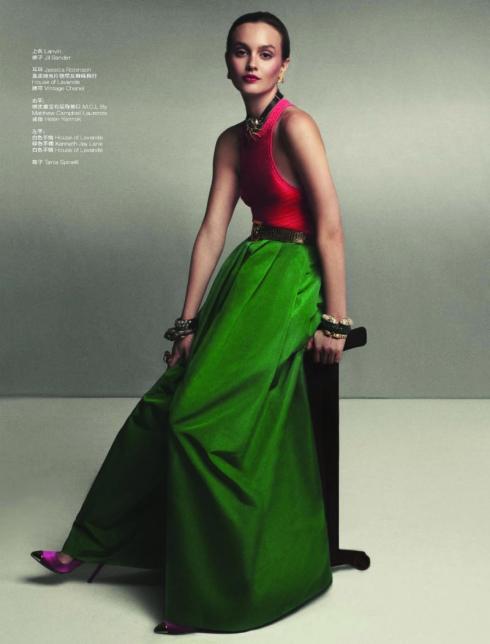 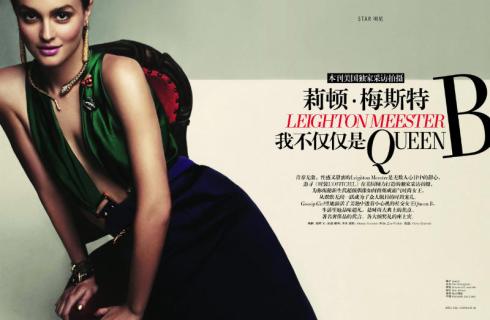 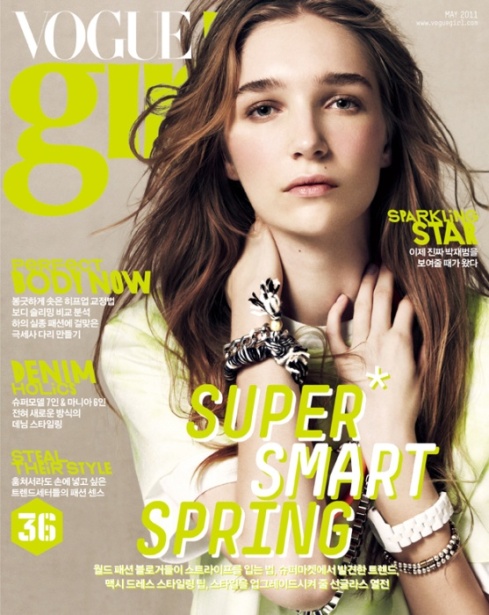 33 year old Mad Men actress January Jones-who is pregnant now and the father is still a mystery-gracing the June 2011 cover of Allure. 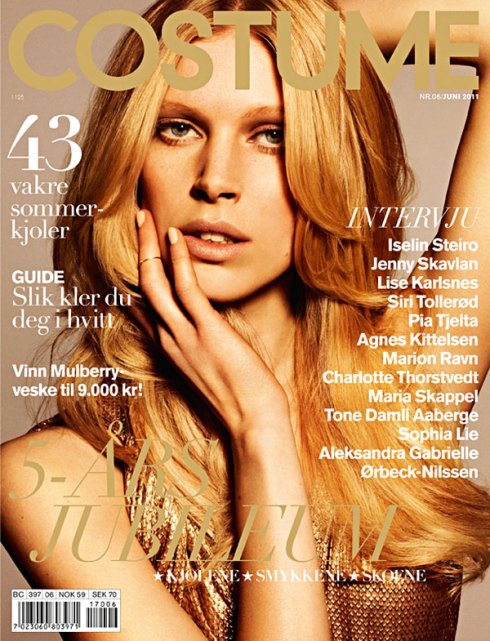 Iselin Steiro photographed by Jørgen Gomnæs and styled by Hege Aurelie Badendyck on the June cover of Costume Norway. Hair was done by Agnes Guldbransen while makeup by Therese Dombek. 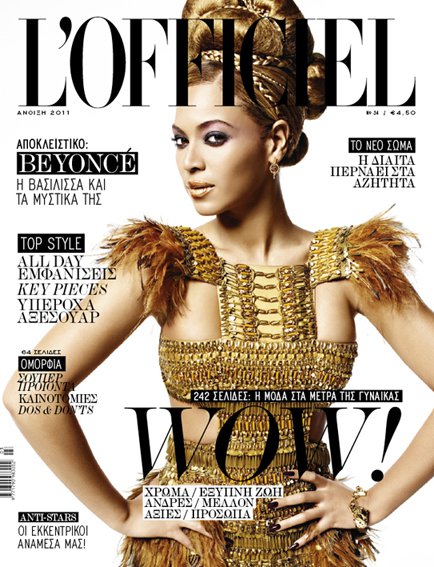 The Adventures of Tintin: The Secret of the Unicorn Teaser Posters

The Adventures of Tintin: The Secret of the Unicorn is directed by Steven Spielberg and set to release on December 23rd 2011. The cast for the much anticipated 3D animated movie are Jamie Bell, Daniel Craig, Andy Serkis, Simon Pegg, Nick Frost, Cary Elwes, Toby Jones, Mackenzie Crook, and Daniel Mays. The first trailer of the movie will hit the internet tomorrow!

Steven Spielberg, Peter Jackson and Tintin.. This one is going to be a blast!! 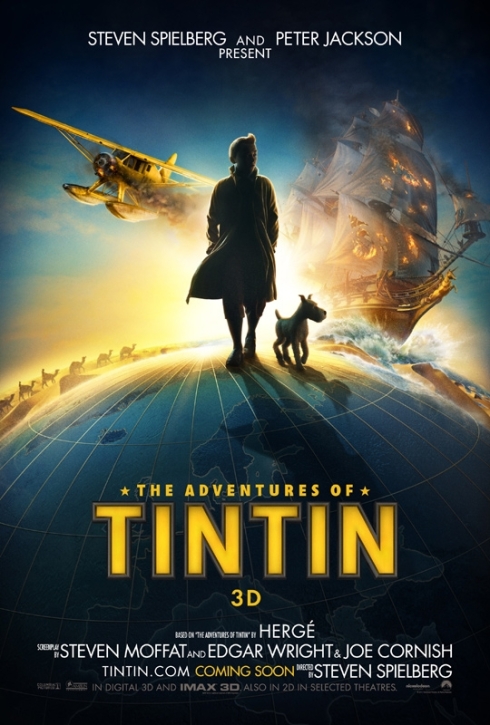 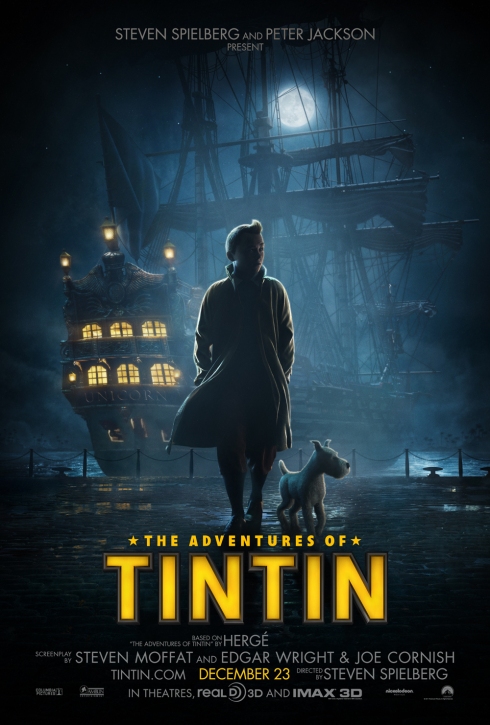 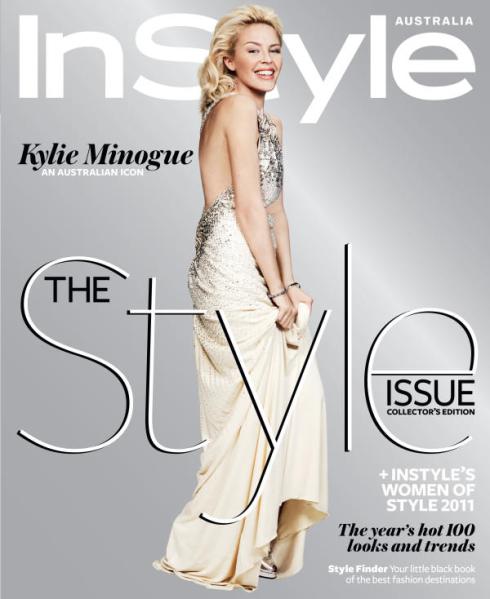 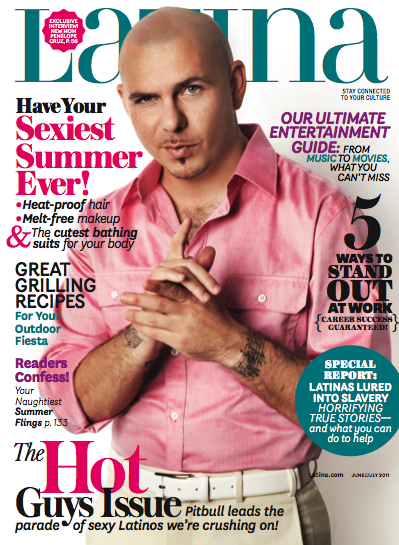 Cuban American singer, Armando Christian Pérez or known as Pitbull gracing the June/July cover of Latina. The cover marks the first time in more than two years that a male celebrity gracing the magazine’s cover! 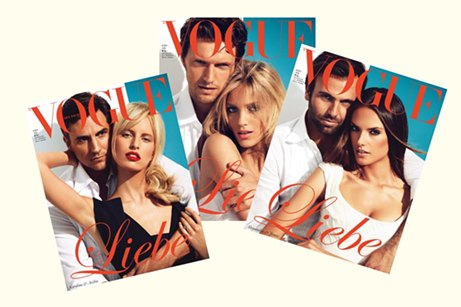 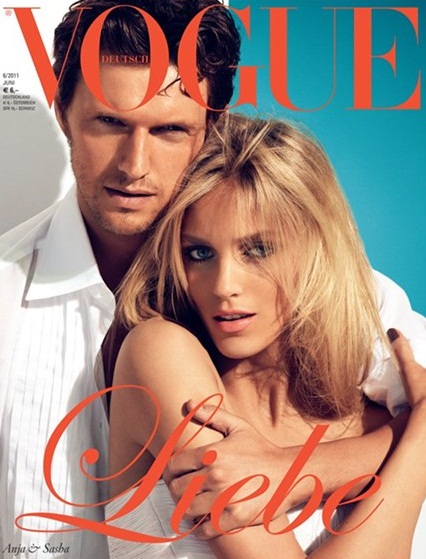 UPDATED MAY 17th 2011 : Added bigger image of the cover photographed by Alexi Lubomirski via Design Scene.

The power couple, Sasha Knezevic and Anja Rubik gracing their second Vogue cover together! They were featured on the February issue of Russian Vogue earlier and now TFS gave a little preview of their Vogue Germany cover. We can’t wait to see the HQ image of this!

The couple was engaged last Christmas in Vienna and planning for a wedding this July in Europe with her wedding gown designed by Peter Dundas of Pucci.

Click here to see last year’s Claudia Schiffer cover where she was pregnant and nude!

Images via TFS and Style.com, show details via TFS.