Kate Moss for Vogue Paris May 2011 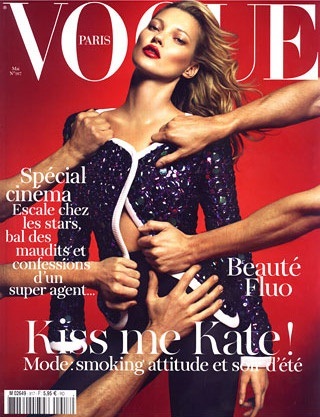 The rumour that Kate Moss will be gracing Emmanuelle Alt‘s second cover for Vogue Paris is true! Kate Moss (and five male hands) gracing the red cover of the magazine in an image that looks like the work of Mert & Marcus. Click to see the first Vogue Paris cover under Emmanuelle Alt direction with Gisele Bundchen as cover girl.