Glee‘s heartthrob Darren Criss lands another magazine cover! This time he is featured for the April 23rd issue of Billboard magazine. He was the cover boy for Entertainment Weekly, OUT magazine and two Indonesian publications : Da Man and Prestige earlier this year. 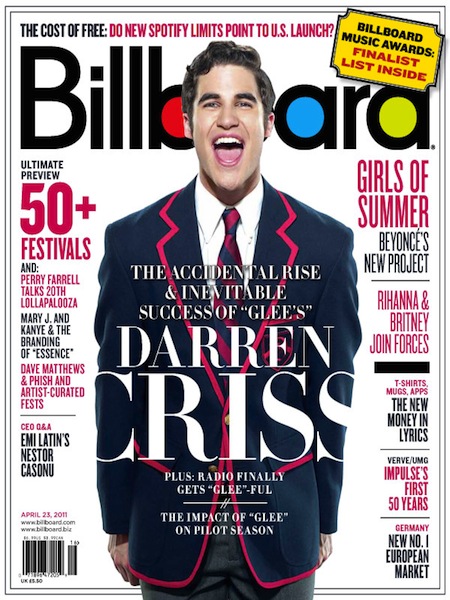 This entry was posted on Saturday, April 16th, 2011 at 11:39 AM and tagged with Billboard Magazine, Darren Criss and posted in Actors and Actresses, Cover, Magazine. You can follow any responses to this entry through the RSS 2.0 feed.
« Mark Ruffalo for Details May 2011
Chanel Coco Mademoiselle Fragrance 2011 Ad Campaign »