This year’s Q! Film Festival (The festival’s mission is to introduce alternative films apart from the main stream ones in the cinema as well as to raise awareness on LGBT issues. See more details here) was held between Sep 22nd – Oct 03rd, 2010 in Jakarta. I missed last year’s festival due to work schedule and I was determined to see this years ! Fortunately on their first public screening on Sep 25th, a friend of mine asked me whether I wanted to accompanied him because his friend, Billy Christian (he directed famous Indonesian actress Atiqah Hasiholan in The Clown and The Bride at Pink Homemade section) having a screening at Goethe Haus for Q! Film Festival. Billy‘s future project is directing a full length feature film with horror genre!

Me and Billy Christian

Of course I would loved to go ! And there we were headin’ to Goethe Haus to watch the fabulous Pink Homemade, a compilation of 5 short films made by Indonesians (plus a quirky music video soundtrack from a later released MadameX movie).

The festival was FABULOUS as i remembered !!! Filled with not just movie screenings, but also Q! Gossips-talk show with Queer VS Media and Transgender theme, Q! Exhibition-an art showing, Q! Lit-book launching of Un Soir de Paris, Menagerie 7 and Q! Stories (anthology of 12 short stories), Q! On Stage-a unique version of local dating show Take Him Out (later was cancelled due to security reasons) and a free and confidential HIV test. They even gave me a Katy Perry‘s Teenage Dream CD because I asked a question at the Q&A session and a goody bag after the screening. Ha ! How cool is that ? 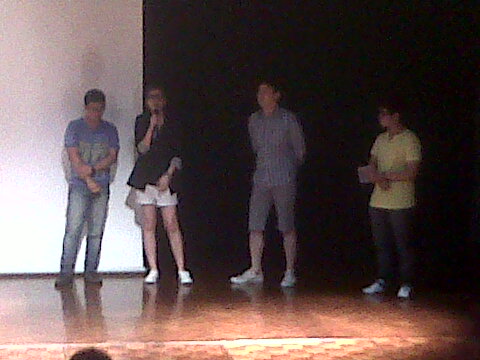 I also got the chance to have a photo with Sigi Wimala, a model/actress/fabulous young mom/director for Boy Crush which was also screened at Pink Homemade section. She was very humble and down to earth. I would love to see her again sometime 😀

Despite all the threats, protests and rejections from local religious community, this year’s screenings was quite successful (even some of their screenings had to be cancelled). And I am hoping that I could see and attend this festival next year and many years ahead because its celebrates diversity and teaches us how be more open minded :).

Now the festival are heading to other cities in Indonesia, hopefully everything goes well and I’ll see you next year guys 😉

Check out their website at www.q-munity.org for more details.

Amber Valletta lensed in black and white images by Peter Lindbergh for the Joseph Fall Winter 2010 ad campaign. Her hair was done by Didier Malige and make up by Stephane Marais. from Models.com 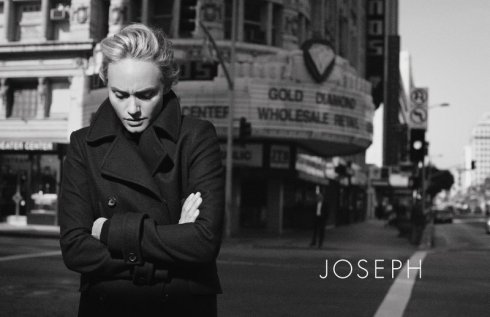 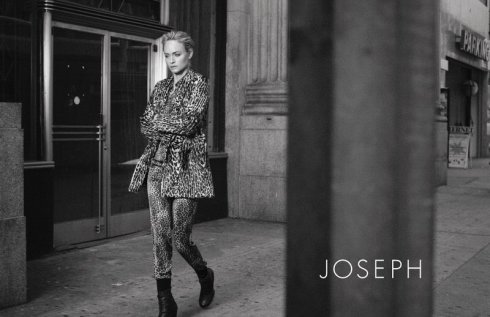 Milla Jovovich photographed by Tony Duran in Dolce & Gabbana lace dress for the November 2010 cover of Fashion Magazine Canada. She was styled by Hayley Atkin while Robert Vetica responsible for the hair and Kara Yoshimoto Bua for the make up. Joanie Moscatello did the manicure.

Milla‘s quite busy this year. with magazine covers-LA Times, Elle Ukraine, Gotham and GQ Germany (all in September), Lucky and Harper’s Bazaar Singapore.

She also had a capsule collection this Fall with iCB and starred in Escada Fall campaign while promoting Resident Evil : Afterlife.

Dannii Minogue second Glamour UK cover this year after her March ! Thanks to @MagazineShelf for the snap 🙂

Taylor Swift for Glamour US November 2010

How mature is Taylor Swift in this November 2010 cover of Glamour US (last year she also graced Glamour US August cover) ? Those eyes and the dress.. Hmm.. gorgeous !! Which cover do you prefer : this year’s Marie Claire or Elle cover ? Or last year’s InStyle ?

the grandeur show with a great music as background its always be a Chanel signature. this season collection comes with various of look and frankly its more attractive than the previous season.  prints dress, fringed dress, tweeds jackets embellishment and beads were outstanding and wears together with ankle boots.fabulous collection.

Practical chic look with a dose of modern is this collection. Stella McCartney draws our attention with her fashion that always look chic and simple and for this season she brings the american looks into Paris Fashion and her cut out dresses looks stunning, its showing more legs, Ettonant!!

After last season of  experimental collection featuring Lilo causing the changed of new Creative director to Giles Deacon. this season they bring the show to the garden party themed complete with VW beattle  parked in the center of garden. Deacon is showing  Ungaro signatures style with the Parisian girls in vintage dresses capturing the look of the 20’s era, L’amour de Ungaro!!

Stefano Pilati did a remarkable work this season, this collection more colorful than the last season, ruffles as a details and a V neck jumpsuit with a straps on the back, showing a strong sensuality on each look in a elegance way.

Sorry for the suspended video!!

Dear all,….we’re very sorry for our Fashion Week video that cant be watched due to our contributor account from Youtube that has been suspended. why this happened…. i mean this is a news rite, people need to know about the latest news from fashion world, not just a picture but they want real one. and Youtube consider this as a copyright violation. i don’t think this is violation, its only spreading the news.

Thanks for viewing our blog anyway, we will find the way to keep you updates about Fashion Week hopefully we’ll find other video link for Fashion Week.

Anyone can help us with explaining who are these gentlemen on the cover of Elle Quebec November 2010 ? Thank guys. 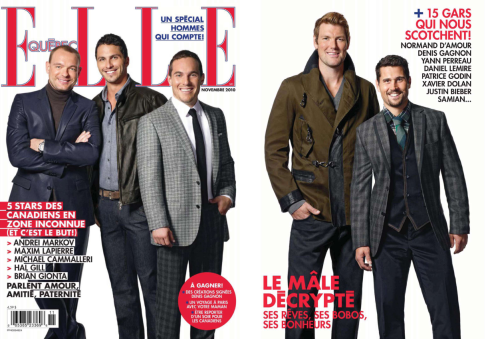