As we all know that Aliona Doletskaya leaving Vogue Russia from her Editor in chief position on July 27th 2010.

This September 2010 cover featuring Natalia Vodianova is the last issue edited by Doletskaya who also the founder of the magazine back in 1998.

Davydova previously served as Russian Vogue’s beauty editor until 2002, when she moved to become editor in chief of Russian Glamour (where she stayed until 2008, when she left for Tatler).
At 40, Victoria Davydova is the youngest current Vogue Editor in chief. 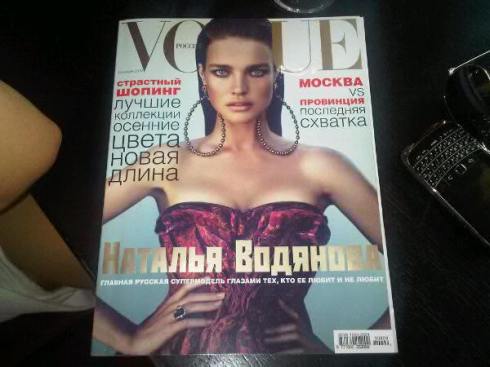 This entry was posted on Wednesday, August 11th, 2010 at 4:02 PM and posted in Cover, Magazine, Models. You can follow any responses to this entry through the RSS 2.0 feed.
« Gucci Guilty Fragrance Ad Campaign
Kelly Brook for Playboy US September 2010 »